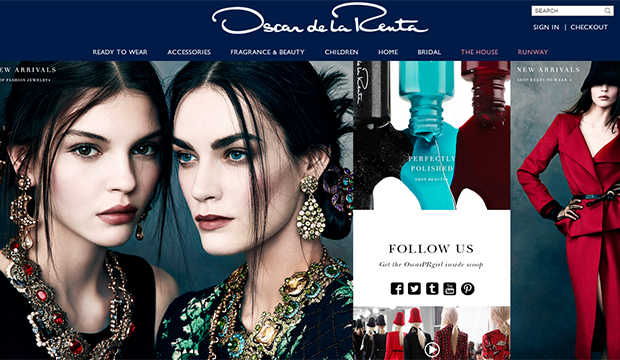 Where can you find Oscar de la Renta’s fall ad campaign? You won’t find it in August’s editions of Vogue, Marie Claire, or Elle. Nope, instead, this fall, the celebrated label chose to pre-release its seasonal ad campaign via its incredibly popular Instagram account.

With over 175,000 followers on Instagram, it’s safe to say that the visibility and brand awareness, not to mention sales, that this kind of campaign has the potential to drive is noteworthy in and of itself. Within just the first hour of its social media debut, the ad campaign’s images racked up an impressive 1,000 likes.

The Instagram release was coupled with additional promotional efforts, including an email newsletter and social chatter across the other channels. Come September, the ad campaign will also appear on the pages of Vogue, but for now, Instagram gives fans an exclusive look at this fall’s items.

What can emerging designers and brands take away from Oscar de la Renta’s Instagram campaign release?

The campaign therefore was a test, a way for the label to take stock of the reach and profit that is possible from digital media. You too can perform tests. Don’t be afraid to experiment with your social platforms!