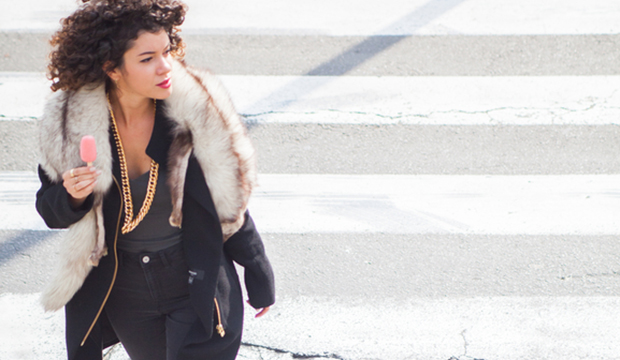 So I read an article all about How Handbag Designer Gelareh Mizrahi Used Social Media To Increase Sales By 80 Percent. I initially opened this article because I was intrigued by the concept; that’s a lot of percent.

So, what got me about the concept?

The article suggests that if brands want to find success, they need to get their work into the hands of bloggers and editors. Actually it doesn’t just suggest it, it says it:

…if you want to build buzz around your product, you need to get it into the hands — and onto the Instagram feeds — of the right bloggers, editors and other “It” types who make frequent appearances in street style photos.”

Sure, that makes sense. But how exactly does the average emerging brand do that? The designer highlighted in this article:

While I’m not begrudging this designer her connections and her background, ALL of these things come into play (among other things like talent, drive, and the willingness to try) as part of the brand’s success. It wasn’t simply social media that did the trick. Yet, this is how the brand’s strategy was presented to readers:

…reached out to a handful of bloggers and editors they admired…to loan out their first sets of samples. Among the initial supporters were Lucky‘s Eva Chen and Style.com‘s Rachael Wang, who (unsurprisingly) were shot by the likes of Tommy Ton and Phil Oh while carrying Mizrahi’s bags last September.”

To suggest that simply reaching out to Eva Chen, editor in chief of Lucky Mag, is the answer to increasing a brand’s sales, is silly.

I wish the article had more meat to it. I wish it had addressed the possibilities that Instagram offers to emerging brands that don’t have the decades of network connections and the ability to create samples in two weeks (because of family connections) to send to top bloggers and editors.

Because reading things like that without any sort of advice on how to do it, makes the thousands (millions?) of designers who read the article feel helpless.

It also makes a lot of designers question their ability to make things work. I mean, I’m not saying that these things aren’t possible, or even that a designer shouldn’t try, if they want to. I’m saying that there are a lot of designers out there trying to be seen and sending your first set of samples to the fashion elite in hopes of an Instagram shot or two, is an expensive experiment.

I wish the article had talked about things like:

Look, there are always going to be exceptions to the rules, and maybe in this case this designer is an exception. Maybe her network, her history, and her publicist had nothing to do with how she got famous editors and bloggers to wear her stuff. But the average new brand does not have the roadmap to Eva Chen’s desk. So that designer (you?) has to think creatively about how to leverage social media for increasing your sales.

I don’t want you to read an article about how 1.2.3 simple it was for one brand and wonder what you’re doing wrong.

What I want you, darling designers, to understand is that you can do it without those connections. You can leverage these tools to increase your sales. You just need to understand that it won’t be as straightforward and easy as some people make it sound.