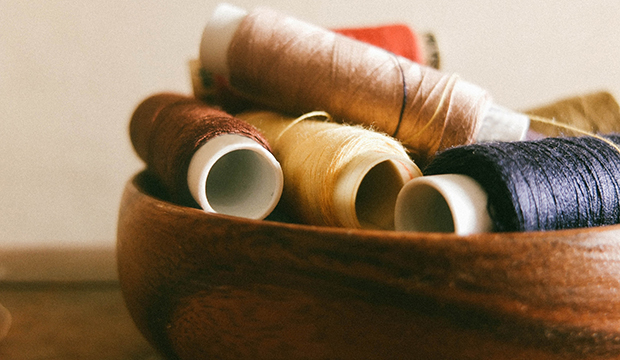 Chanel said he was “a couturier in the truest sense of the word…the others are simply fashion designers.”

Dior called him “the master of us all.”

And Vogue gushed that “What Balenciaga does today, other designers will do tomorrow, or next year, by which time he will have moved on again.”

There’s no question about the footprint this fashion master has left on the industry – there’s also no doubt that he broke some rules along the way.

Cristobal Balenciaga was one of the most talented designers of his lifetime. Even today, his brand lives on under the Gucci Group and under the direction of the gifted Mr. Alexander Wang. From Spanish decent and the opportunity to be formally educated in formal tailor training he is one of the few fashion legends that who could use his own hands to design, sew, and cut his creations. This alone is proof how Balenciaga differentiated himself from other designers.

Balenciaga was born in Getaria, Spain in 1895. He was born with fashion in his veins as his mother was a seamstress and by the age of twelve, he was already working as a tailor apprentice. One of his customers, who was actually the most noble woman in his town, sent him to Madrid to gain formal tailor training and Balenciaga was born.

Success came to him early with his first opening in 1919 (he was only 24!) and expansions to Madrid and Barcelona. The Spanish royal family wore his designs.

Unfortunately, the Spanish Civil War forced him to close his stores and he opened a store in Paris. [Genius.] Balenciaga really took a tragedy and turned it around. He could have easily shut down his business and took it as a loss. However, he didn’t give up on his dreams and pushed through.

This is a lesson all entrepreneurs need to know and believe in their dreams.

When life gives you lemons, create something yellow!

Yet, his real success was right upon the horizon. By first creating closer fitting waistlines and square shoulders, the Balenciaga revolution began. He then went in a new direction in 1951; he changed the classic silhouette again, but this time by totally removing the waist and creating an illusion of broader shoulders. We can also thank him for the summer favorite – a tunic dress. Later on in 1959, he started to create high-waist dresses and kimono cut coats. These trends have stood the test of time.

He truly made clothes that highlighted the woman’s body. This was his gift.

His brand persona was not for the faint-hearted. He was creating pieces unlike any of his time. He did not have one piece that could describe his as a designer, unlike Coco Chanel. His runway shows left the audience stunned and speechless.

He broke the rules of fashion by having models that were middle aged, emotionless, and not traditionally thought of as pretty. His shows exuded Balenciaga’s attitude – take it or leave it. And as we know, most took it and loved it.

He insisted on using his “monster” models in all his photo shoots which you could imagine was frustrating to magazine editors to the point where they would cut off the models head at the top of the page. He liked his models with a little stomach proving that all different types of women could wear his clothing. [Amen!]

The most intriguing part about Balenciaga was how much he stayed out of the spotlight. Many of his fashion shows, he watched from behind a white curtain. He was someone who let the world come to him, not giving his whole self to the world.

This may be a large reason why he was able to stay so creative—staying away from the chaos and distractions of the fame.

He closed his fashion houses in Paris, Barcelona, and Madrid, in the 1960s and taught fashion classes. He inspired some of the next greatest fashion masters, such as Givenchy, Ungaro, and Courreges.

Balenciaga was a man with a mind of his own, not afraid to stand for what he believed in. Today, we can look at his legacy and take away some great lessons.

Don’t change for anyone. Know yourself and your brand. Master your craft.

And by reading about his story, there is so much more to learn. He blatantly broke the rules and has become one of the most revered names in fashion; if that’s not motivation enough I don’t know what is! Keep on believin’, designers….

A couturier must be an architect for design, a sculptor for shape, a painter for colour, a musician for harmony, and a philosopher for temperance.- Balenciaga