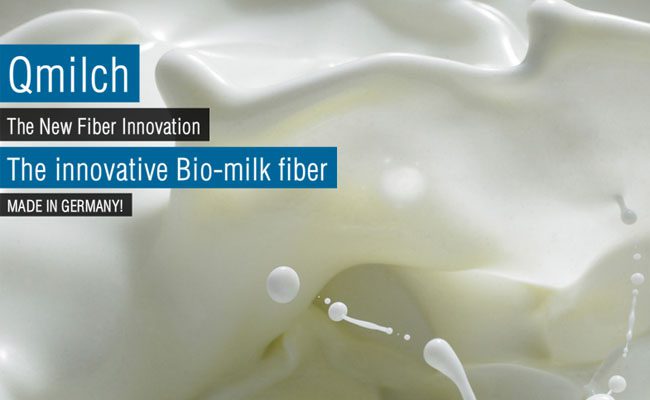 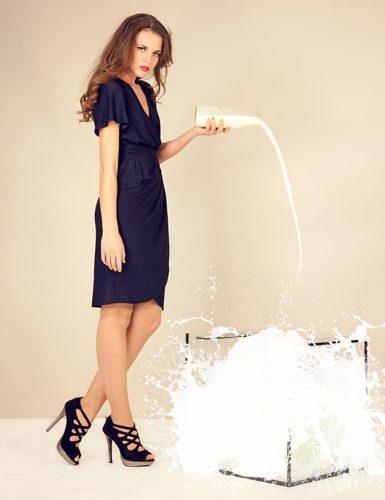 A new textile has recently come out that could very well redefine sustainability in fashion. Qmilch.

Qmilch is an eco-friendly textile made from milk. The designer who created the fabric comes from a unique and seemingly unlikely background; Anke Domaske was formerly a student studying microbiology.

The fabric is called Qmilch (the “q” stands for quality, while ‘milch’ is the German word for milk), and proves that the beverage is good for the outside of the body as well as the inside.

Domaske’s inspiration comes from her father, who, while undergoing cancer treatment struggled with skin problems and sensitivity to fabrics. Wanting to help those who have difficulties wearing ‘normal’ clothing, she began to develop Qmilch.

According to Domaske, the fabric “feels just like silk,” is odorless, and can be washed. It even dries twice as fast as cotton! In addition to its luxurious touch, the protein that goes into the textile possesses antibacterial and anti-aging amino acids. It also helps to regulate both body temperature and blood circulation. Not bad for a scrap of fabric!

While textiles made from milk are not an entirely new concept (people have been testing out the idea since the 1930’s), Qmilch is by far the most successful attempt. This is because it is the most sustainable; other methods employ noxious chemicals in order to get the desired result. Qmilch, however, is made from organic milk that has gone sour and cannot be sold- recycling something that would have otherwise gone to waste.

The milk is heated, combined with ingredients such as beeswax, and spun into thread. This process is much more ecologically sound. It not only eliminates the need for chemicals, it cuts down on water waste!  While cotton uses more than 10,000 liters of water to produce 2 pounds of fabric, Qmilch uses half a gallon! It is also biodegradable.

Although it hasn’t reached mainstream quite yet, (the fabric is $28 per kilogram, far pricier than even organic cotton), many companies have expressed interest in purchasing and using Qmilch. Domaske has also produced her own fashion line created from the textile, “Mademoiselle Chi Chi.”

For more information, check out www.qmilkfiber.eu.