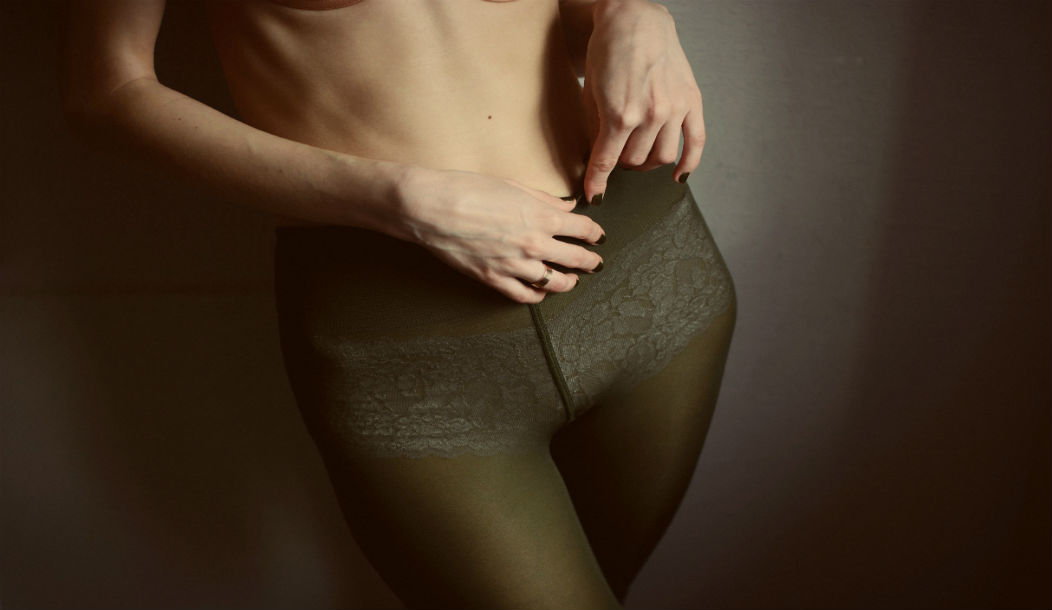 Now that the weather has significantly cooled off in much of the world, women have been employing the ultimate strategy to get more wear out of their favorite summer dress: pairing it with tights. Tights have come a long way since the flimsy, uncomfortable nylons that preceded them. Today, you can buy them in a million different colors, patterns, weights- you can even get a fleece-lined pair to really keep off that winter chill.

While tights are a simple garment, they have gone through significant changes throughout the course of their existence. In fact, in its early days, past iterations were worn by both men and women. Various forms of hosiery were created and worn as far back as ancient Egypt.

Archaeologists discovered the earliest known pair of stockings in the tomb of a wealthy noble woman. Though the artifact was at least 2,000 years old, the craftsmanship (like with most objects that came out of ancient Egypt) was highly sophisticated. The stockings were designed with a fitted heel for comfort, as well as a draw cord on the top to keep them from slipping down.

If the earliest known pair of hosiery was this well-made, it’s likely that this kind of garment was around for much, much longer.

Ancient versions of hose were not limited only to Egypt of course. In fact, the word “stockings” is derived from a Greek word. Ancient Greek workmen and slaves wore the garment. Additionally, in early Roman times, women wore a short sock (called, unsurprisingly, a soccus) when at home.

Japan and China have also for centuries had their own versions of silk and cotton stockings. Many of these iterations were looser, and more like socks than tights, but by the 12th century, stockings began to resemble modern-day tights much more closely. In Europe, men wore “breeches” that were essentially tights: bottoms that covered the body from waist to foot. Women’s versions were similar, but ended at the knee and were held in place by garters.

In 1545, knitted stockings had become highly fashionable. While cotton stockings were worn by the common people, the wealthy indulged in stockings knit from silk. Some versions even featured ornate embellishments that decorated the seams. The term “fancy feet” originally refers to these kinds of luxurious stockings.

Additionally, a technological revolution for stockings and hosiery came about during the 16th century with the invention of the knitting machine. English clergyman William Lee created the first version in 1589. Previously these types of garments could only be crafted by hand. Not only did production become faster, it allowed for smaller stitches, and thus, finer fabrics.

Stockings remained popular throughout the 17th and 18th centuries, particularly among royalty and nobility. The booming silk trade of the period made it the material of choice for clothing, including undergarments, among the upper class. Of course, as one could imagine, these stockings were more fashionable than functional. In colder weather, silk stockings were often layered together, with the wearer sporting several at a time to keep warm.

In the 18th century, tall boots came into fashion, which posed a bit of an issue for delicate luxury leg-wear.  Stockings could easily ruin inside boots, so a protective garment called a “boot hose” was created in order to better preserve them. These featured lace tops that folded over the boots.

The Introduction of Nylons

By the 19th century, hosiery had fallen out of fashion for men (stockings and garters were replaced with socks and trousers). For women however, they became even more pervasive: machine-made cotton stockings were introduced, and much more accessible than their silk counterparts. This was compounded by the Dupont invention of nylon in the 1930’s.  The material was inexpensive, durable, and malleable- it greatly improved the quality of stockings.

It was at this point that hosiery, a.k.a. “nylons”, became a staple in women’s wardrobes. The sheer thigh-high stockings with seams up the back are a classic look of that period. Back them, it was considered unacceptable to leave the house without a pair. So unacceptable in fact, that when World War II rationing temporarily stopped the production of nylons, women would paint faux seams on the backs of their legs in order to look presentable.

After WWII, stockings transformed into the modern-day tights we wear today. Stretch, and ability to knit a perfectly form-fitting garment, eliminated the need for garters. By the 1960’s, a much more comfortable version of stockings was created that came up to the waist. These “fully fashioned” tights contoured not only to the legs and waist, but also included a shaped, reinforced heel and toe.

Tights, often in bright colors or patterns, went hand-in-hand with the mini skirt trend of the 60’s. Tights have remained largely the same ever since, albeit with slight tweaks according to fashion aesthetics. For example, fishnets and ripped tights were hallmarks of 90’s grunge, and neon hose was popular in the 80’s. Today, you can find any style, from basic black to bright, sheer, and shimmery.