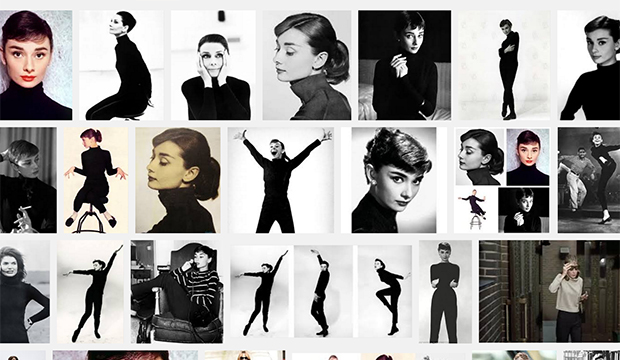 Both winter and the normcore trend are currently in full force, which can only mean one thing sartorially: lots and lots of turtlenecks. You thought they died out with other 90’s-era Gap staples, but like most things that were in fashion during that decade, they are making a full resurgence. In fact I am wearing one right now, feeling chic as anything. With much of the fashion world fully obsessed with basics a la normcore style, turtlenecks are the key to achieving this fashion-forward, devil-may-care look.

But the turtleneck is so much more than it’s marriage to mom jeans. This garment has been around for hundreds of years, and has retained its element of practicality through the ages. (Be honest, the best part about the turtleneck being “in” again is how cozy your neck gets to be!)

Unsurprisingly, the top originated as a form of “protective” wear.

During medieval times knights wore chainmail frequently, and subsequently, experienced severe chafing frequently. Chafed necks were the worst part- not only was it extremely uncomfortable, it prevented knights from turning their heads quickly in battle. This restriction of movement was obviously a huge problem when attempting to defend oneself during a fight. A garment that could protect the neck and torso from the rough, heavy chainmail remedied the issue.

Turtlenecks became much more fashionable during the mid-sixteenth century, though this version was much more elaborate than the minimalist style we are familiar with today. This top included a high neckline decked out in voluminous starched ruffles, creatively dubbed a “ruff.” Queen Elizabeth I of England and other members of high society favored this style at the time. The size and volume of the ruffles were indicative of status, and also incredibly handy for hiding any pesky skin conditions creeping up one’s neck.

During the late 1800’s the turtleneck took on many forms, and had many uses. It continued to be a highly functional favorite among the working class. In the 1860’s, English polo players incorporated the top into their sport dress, hence the British term “polo neck” when referring to the turtle.

By the 1900’s, the turtleneck was once again trending as a fashionable garment. High, ruffled necks were key to the Gibson Girl look at the start of the century. Of course, during the 1920’s, high fashion was veering towards the far less modest which included lowers necklines. However, Noel Coward frequently wore turtlenecks during this time, and he could almost single-handedly be credited for keeping the look alive among the middle class during the roaring 20’s. Yet, the following decade saw the turtleneck fall out of fashion, worn mainly in work wear and as part of the uniform for the US navy.

The 1940’s and 50’s is when the turtleneck really began to take off as the iconic basic we know and love today. Skintight or cropped sweaters were getting popular and came in a variety of cuts, including turtleneck. Celebrities such as Jayne Mansfield helped to popularize this feminine, sexy version of the style. The look became so iconic that it is one of the many ways turtlenecks are often reimagined by today’s designers.

Another infamous example of turtleneck styling is the late 50’s and early 60’s “beatnik” or “bohemian” look. Outfits consisted mainly of head to toe sleek black garments, and the turtleneck fit into this look perfectly. One of the most iconic examples of this is Audrey Hepburn’s wardrobe in the film Funny Face. In one famous scene, she takes on Paris nightlife in nothing but a chic black turtleneck and skinny jeans, a look which has been referenced in fashion magazines as well as street style.

If the turtleneck wasn’t representative of a chic, fabulous, and independent woman in the 60’s, it certainly would be by the 1970’s. The women’s equality movement was in full swing, and the turtleneck became the uniform of the enlightened and intelligent feminist. Gloria Steinem is one iconic example of an avid turtleneck-wearer, and undoubtedly inspired both the imaginations and wardrobes of many women.

Turtlenecks were certainly lurking in people’s closets during the 1980’s, but it was the 90’s style that really shaped how we view the garment today. It was a key basic piece widely sold at stores such as the Gap, often paired with mom jeans, under sweaters, etc. Steve Jobs is widely remembered not only for his contributions to technology, but also his rotation of infamous black turtlenecks.

Though it dropped largely out of fashion in the early 2000’s, the turtleneck is back and being re-imagined in ways that run the gamut of its history.