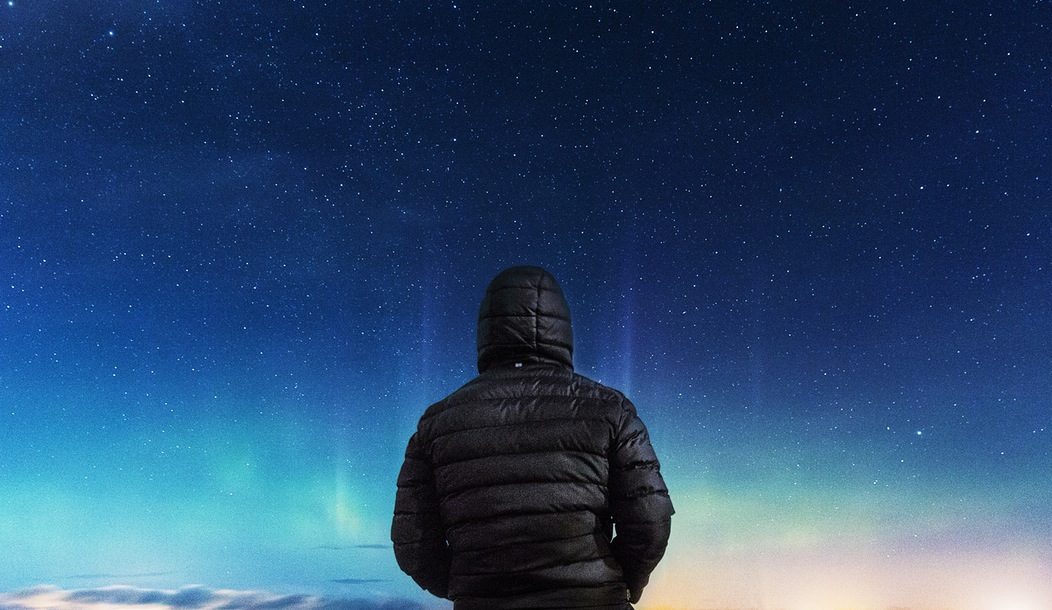 Lately, it seems as though the puffer jacket has been elevated from a purely utilitarian garment that we simply put up with during the winter, to chic fashion must-have. Previously, a puffer signaled that the wearer had simply given up sartorially due to the cold. Not the case anymore.

Now, it’s time to start reaching into the back of your closet, because puffers have not only returned, they are actually cool. Just ask Balenciaga, DKNY, or Raf Simons.

Outerwear has been around since the first time an animal hide was used to keep the chill off. However, down puffer jackets are unique in that they were a true breakthrough in creating a garment that was great at keeping the wearer warm, particularly in snowy weather.

A down puffer coat is the marriage of cut and material working together as a highly technical, functional piece.

As far as jackets go, the puffer is relatively new. It was invented in the 1930’s by none other than Eddie Bauer. In fact, the jacket was born from Bauer’s own near brush with death while out in the elements.

The story goes that Bauer and a friend were returning from a fishing trip in Washington State. As they traversed the terrain late in the day, the temperature began to drop. Bauer began to feel drowsy, falling behind his companion- a sure sign of hypothermia setting in.

Confused, he reached back to shift the weight of the fish, and realized that the wet cargo he’d been carrying had caused his jacket to become waterlogged.  His wool outerwear, normally perfectly functional in this kind of weather, had not only gotten wet, it had completely frozen due to the cold. He was wrapped in a sheet of ice.

Fortunately, Bauer was able to get his friend’s attention, and they quickly got him to safety. Had he been alone however, he might not have been so lucky.

After this experience, Bauer resolved to create a jacket that would prevent an incident like this from happening in the future. He got to work designing the technology of the first puffer coat.

There were several key elements that were important to Bauer’s design process. One was weight, and the other was moisture. He needed to create a jacket that was warm, but not heavy, and wouldn’t absorb water that would freeze or weigh down the wearer. It seemed like a tall order- but as he discovered, it required only the right material.

Bauer recalled that the Russian military had tried incorporating down feathers into their outerwear in the past. The warm, lightweight, moisture-wicking feathers proved to be exactly what he was looking for.

While the down provided the warmth Bauer was looking for, there was one setback. The feathers kept sinking to the bottom of the jacket, rendering them effectively useless. In order to evenly distribute the down and keep it in place within the garment, Bauer tried quilting the jacket.

This created layered pockets that kept the feathers where they needed to be. Once the insulation was distributed equally within the jacket, Bauer added the finishing touch of ribbed cuffs and collars that would completely seal in heat. Bauer’s jacket, which he dubbed the Skyliner, was patented in 1939.

In the 40’s, Bauer adapted his jacket for military use. He created a flight jacket for the U.S. Air Force called the B-9. The jacket, and matching pants that were created to be paired with it, could keep a person warm for up to three hours in temperatures as low as -70 Farenheight. Not only that, in the event of a water landing, the jacket would allow aviators to float while wearing 25 pounds of gear for up to 24 hours.

Much like with any other military garment that has crossed over into mainstream fashion, servicemen liked their jackets so much they wore them even in civilian life. After getting home, many former members of the Air Force wrote letters to the Eddie Bauer company asking for more down garments, creating a market.

The Height of Fashion

While Bauer created the original, other designers have followed suit in creating their own versions of puffer coats- both for fashion and functional purposes. In the 30’s, Charles James created a version of a puffer jacket that was pure glamour. The thick, yet elegant evening jacket created a strong silhouette that later gained a cult following.

In the 1970’s, Norma Kamali created the “sleeping bag coat,” which was initially made from actual sleeping bags. In 1980’s Milan, Moncler puffer jackets were the height of fashion, typically worn short with a few buttons undone at the top.

Puffer jackets then progressed to become a popular outerwear choice in the 90’s. While they fell out of fashion in the early 2000’s, it seems, like many 90’s trends, they have made a comeback today.