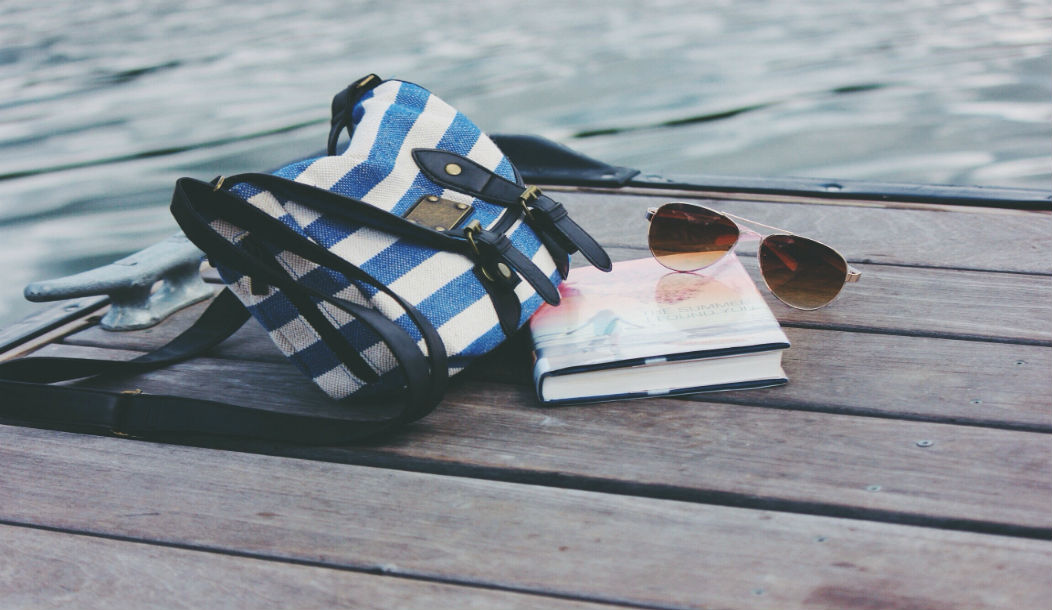 The handbag is an essential accessory for just about every woman- quite possibly the most handy (literally!) sartorial invention ever created. Whether you fit the essentials into a compact clutch, or cart your entire life around with you in a tote, there is a bag to suit every lifestyle.

While the concept of a bag is nothing new or revolutionary, it is pretty amazing how designers always seem to somehow make this accessory new and fresh each season. How is it that such a simple concept can take on so many different forms?

Purses are as old as they come- ancient Egyptian hieroglyphics show men sporting pouches tied around the waist, and African priests carried bags embellished with beading. Even the Bible mentions characters like Judas Iscariot as having carried or worn a purse. In fact, the handbag was originally a unisex, even mostly male-affiliated accessory. This association and subsequent shift towards the feminine had to do with the way clothing was (and still is) constructed in terms of gender.

For example, a handbag’s purpose is to carry money and various personal items while out and about. In earlier times, it was a necessary accessory for men and women alike, because clothes did not yet have pockets. So, up until the 16th century, everyone owned a purse. A typical style in Medieval times was a girdle pouch- a small bag that hung from a belt around the waist. It was typically cut from leather, with burlap drawstrings; or someone wealthier might commission one from expensive fabrics embellished with silk and silver.

Pockets were introduced to men’s clothing during the Renaissance, making handbags solely a woman’s domain. Starting in the 16th century, women wore their bags on a hook called a chatelaine. This hook was almost like a Renaissance version of a key chain- women could store small objects such as keys, scissors, sewing kits, and bags.

Now, loading all your personal items onto a key ring, or into a bag attached to the ring might seem a bit inconvenient. However, at the time, women’s skirts were so large and voluminous, they could actually hide one or two purses in them. These bags were often worn one on each hip, and referred to as “thigh pockets.” This style of purse remained popular for the next few centuries.

Thigh pockets would soon lose their appeal as fashion trends began to shift in the 18th century. When Pompeii was discovered, suddenly all things Greek and Roman were en vogue. Skirts and dresses became more streamlined, meaning there was nowhere to hide the bags hanging off of one’s hips. This prompted the invention of the first actual “hand” bag- a container carried by hand on a cord or chain.

The 19th century’s industrial revolution greatly benefited the development of the handbag- new manufacturing methods and materials could be incorporated into its design.

The Introduction of Luggage

It is perhaps for this reason that there is really no singular “look” for a purse. This accessory came around at a time of experimentation in manufacturing, and everyone wanted to try something different.

Additionally, new advances in transportation meant that people were traveling more. This created a need not only for more luggage, but diverse options for luggage as well. Hand luggage for train and boat travel was a necessity for a smooth, more comfortable journey, and bags for this purpose gained popularity.

The handbag continued to develop and transform in the 20th century, influenced by rapidly changing fashion trends, as well as women’s growing freedom in society. Women entered the workforce in greater numbers as time went on, and as a result, they became much more mobile and independent. This meant their bags had to be designed to suit this new lifestyle.

Practical needs dictated design elements, such as leather document cases for the office, or an additional shoulder strap for comfort.

From the 1950’s onward, handbags began to gain cult status. Purses were evolving into a true fashion accessory, rather than a simply utilitarian item. The 1950’s had a strict set of style rules, one of them being that a handbag should coordinate perfectly with an outfit. Because of this, people began to notice bags as a trend.

High-end design houses began to release “It” bags, classic styles that would eventually become iconic. The first was Chanel’s 2.55, named for it’s release date of February 1955 (and incidentally, has enjoyed a resurgence in the 2000’s). The 1980’s brought the unisex Prada backpack, and of course, the famed Birkin bag. In 1997, Fendi released the tiny Baguette, and the list has continued into the 2000’s.

The handbag has continued to be a necessary component of a woman’s wardrobe, and will likely continue to do so. Even if designers begin to add larger pockets to women’s clothing, the handbag is an iconic piece that won’t be leaving anytime soon.