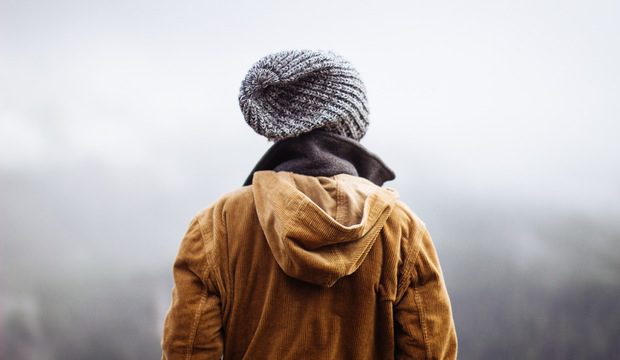 It’s amazing to think about how greatly fashion has been influenced by workwear or purely functional garments. Most functional clothing might not have started out as “fashionable,” but sometimes happy aesthetic accidents can occur. And as we know with trends, sometimes things just catch on. Everything from blue jeans, to camouflage, to work boots have clocked in some time on the runway.

One prime example of this phenomenon is the bomber jacket. This classic silhouette is instantly recognizable, and has found it’s way into many closets as an item worn purely for fashion. While it used to be a heavy-duty aviation garment, it is now a closet staple that exudes “cool” for the wearer. Of course we know that this wasn’t always the case.

So how did the bomber make the transition from function to fashion?

The origin of the bomber jacket, or flight jacket, can be traced back to World War I. While flight via airplane was entirely possible, it still did not look much like air travel today. The biggest difference was that most planes of the time did not have cockpits that were enclosed. Between the high altitudes and breakneck speeds, it could definitely get cold up in the air. Military pilots had enough to worry about without freezing temperatures distracting them, so they needed something to keep them sufficiently warm during flight. To solve this issue, the Royal Flying Corps in Belgium and France wore long, heavy-duty leather flying coats around 1915. At the time, leather was believed to be the strongest material option to combat the harsh elements.

Not long after, the American military took notice of these practical garments. Once the U.S. Army established the Aviation Clothing Board in September 1917, it became clear that these would be an important part of the uniform to implement. The army decided to issue leather flight jackets of their own. In 1932, the style of bomber that we probably most recognize was released by the US Army Air Corps- the A2. These garments featured high wraparound collars, cinched cuffs and waists, and zipper closures protected by wind flaps. Some packed additional warmth with fur linings.

A2 jackets were so durable, that originals still exist today- even in good condition.

From here, the bomber went through many variations. The B-15 featured a fur collar, cotton outer and leather straps on the chest to hold oxygen masks in place. This helped to accommodate the pilot’s more modern needs when faced with advanced technology and higher altitudes. The 1940’s and 50’s brought a few changes to the B-15 style. This new version, the MA-1, was relatively similar to it’s predecessor, but with a few tweaks. The most obvious difference was that the fur collar was replaced with a knit collar (the fur version got in the way of the parachute harness.) It also featured a reversible orange liner to aid in visibility if a crash should occur. A nylon body was added so that the jacket could be water-resistant.

By the mid-1950’s, bombers began to make their transition from military to civilian life. Following the Korean and Vietnam wars, people began to appreciate how warm the MA-1 was, even on the ground. The jacket could keep one warm in temperatures ranging from 14-50 degrees Farenheight. This made it an ideal garment to be worn from the fall, through the winter and straight into the middle of spring.

As more civilians began adopting the bomber, changes were made to better suit a customer base with fewer functional needs. For instance, the previously wool collar and cuffs were switched out for an acrylic knit (so as to prevent moth damage). A non quilted liner was substituted in, and water-repellent treatments were included for those who lived in damper climates.

By the late 60’s through the 80’s, the bomber began crossing into a more trendy “fashion” territory. The jacket was perfect for the mild winters in Europe and Australia, and it became a highly popular fashion item for those associated with various countercultures. Ironically, the bomber transitioned from a uniform to a symbol of rebellion in places like Europe, the U.S. and Japan.

The jacket was a big part of the punk movement, often paired with t-shirts, skinny jeans, and Doc Martens. Jackets dyed in bright, acid colors were especially popular, and created a style that was much more distinctive than its traditional military counterpart.

The bomber’s popularity exploded in the 80’s, as it was featured in several hit films of the decade. Two notable examples were Steve McQueen in The Hunter, and of course, Harrison Ford in Indiana Jones. Additionally, Tom Cruise’s character in Top Gun helped to cement the bomber into popular fashion. The combination of celebrity promotion and the fact that the jacket fit so well into the quintessential 1980’s wardrobe made it a classic piece of the decade.

Today, the bomber jacket still remains in fashion. It is frequently worn by celebrities such as Kanye West, and re-interpreted into more modern versions by various brands. It seems every label, from high-end such as Raf Simons and Rick Owens, to fast fashion like H&M has created its own take on this piece.

The bomber is the jacket version of the little black dress: stylish, functional, and timeless.