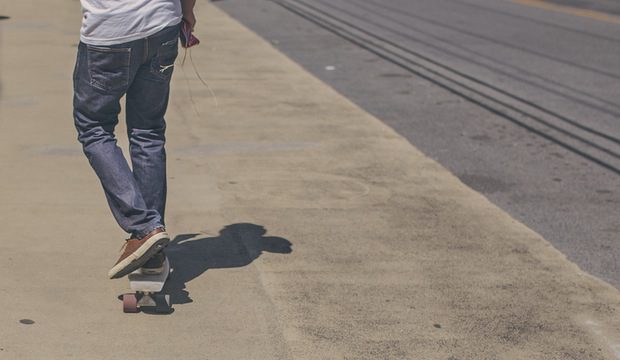 Lately it seems that the fashion world is going back to basics: basic pieces that is. Trends such as “normcore” highlight quality, simplicity, and classic style. Fashion has come full circle with a new appreciation for closet staples such as button-downs, little black dresses, blue jeans, and of course the most widely worn of all: the t-shirt.

It’s safe to say that pretty much everybody owns a t-shirt. From graphic tees to basic black and white, there’s a style out there for anyone who wears clothes. It is the perfect layering piece, and can be worked into just about any outfit, whether you dress it up or down.

So how did the t-shirt come to be?

Surprisingly, tees are a relatively recent invention in the grand scheme of fashion history. (The real question should be “How did we get along without the t-shirt?” but considering things like corsets we can assume the answer is “Not very well.”) The t-shirt’s first inception came about only in the 19th century, unfortunately for those living in previous years.

The first few versions of the t-shirt only slightly resemble the ones we know and love today. Tees are believed to be an evolution of underwear- casual, stylish comfort certainly didn’t come out of nowhere after years of starched collars. The first “t-shirt” was actually a onesie undergarment cut from red flannel (you know, the kind from cartoons that feature a buttoned flap on the rear). This cozy one-piece was dubbed the “Union Suit,” as it was frequently worn by most union workers of the time.

Patented in New York in 1868, the Union Suit was inspired by the full-coverage undergarments worn by Victorian women. However, while this red onesie was great for keeping workers warm during the winter, it was of course terrible for trying to keep cool in the summertime. It didn’t take long for workers to discover that the issue could be fixed by cutting the “suit” in half. Most workers did this and unknowingly created what would come to be known today as “long johns.”

As time went on, the design of long johns and subsequent undershirts were improved upon. Stretch fabrics aided in the creation of a shirt that could be pulled on instead of buttoned up while preserving the shape of the collar. But while “pullovers” gained popularity, they were still considered to be underwear, and subsequently inappropriate to be worn alone. The idea of wearing a pullover uncovered was so scandalous that laws were passed, notably in Havana, to prevent this from happening.

By the 1900’s, attitudes towards the pullover slowly but surely began to change. In the year 1904, an ad ran that marketed the shirt as “bachelor undershirts,” emphasizing the durability and lack of maintenance compared to it’s buttoned counterparts. These features made the pullover a perfect candidate for it’s next inception: as part of the United States Navy uniform. The undershirt served two functions: helping to keep sailors cool and to cover up any scandalous glimpse of chest hair that the uniform could reveal.

The shirt spread to other branches of the military, and soldiers brought the style home from World War I. By the 1920’s, the style began to catch on and was referred to as the “t-shirt,” likely because of it’s shape. Tees were worn as undershirts by military and civilians alike, mainly by younger generations. Exceptions were made for the garment as outerwear when heavy labor was involved.

Finally, at the end of World War II, the tee crossed over from underwear to outerwear. Soldiers once again brought the garment home, but this time began wearing it in their casual wardrobes as they had in the military. T-shirts exploded in popularity. It was the perfect shirt- easily fitted, easily cleaned and inexpensive. It became the shirt of choice for young boys and working men.

By the 1950’s, the tee became more than just a garment- it transformed into a fashion statement. In the film A Street Car Named Desire, Marlon Brando wore a fitted t-shirt, cementing its status as a sartorial sex symbol. The movie caused a significant spike in t-shirt sales, with many wanting to imitate Brando’s look. Other celebrities such as James Dean and Elvis Presley helped make the shirt acceptable (albeit overtly sexy) as outerwear.

In 1959, the invention of Plastisol (an ink that worked on stretch fabrics) was invented, and printed tees followed shortly after. At first this was used mainly for advertising; Disney took advantage of this technology to create wearable souvenirs, Budweiser printed the can on company shirts, and rock bands began creating merchandise by printing their logos on tees. Printed tees are still widely worn today, with a huge variety of motifs, patterns and styles.

With t-shirts part of the mainstream, styles began to evolve. New textile and fashion techniques allowed for styles such as tie-dye, v-necks, muscle shirts, etc. From the 60’s onwards, it’s popularity has only continued to grow. Nowadays you can find a tee for almost any occasion. The shirt is so versatile and easy to wear that it has become a timeless closet staple.