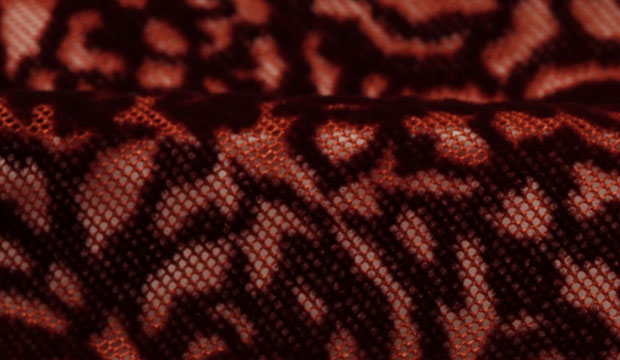 Has anyone else been noticing an unusual amount of velvet on the runways lately? This fabric has always been a classic staple in the fashion world, but this year it seems to be one of the “it” fabrics for Fall/Winter 2016. While velvet hasn’t exactly been the most popular material over the past few years, it seems to be making a comeback. It’s added a fresh texture and hint of luxury to the collections that use it, and we are liking what we see.

So what is velvet exactly?

The term “velvet” refers to the structure of the fabric, not the fiber, i.e. cotton or wool. It is typically woven (the knit version is referred to as velour). The fabric is characterized by it’s pile, or raised loops or tufts of yarn that cover it’s surface. This pile is very short and dense, helping to give it a soft shine that catches the light in a unique way.

There are many different kinds of velvet, each with a unique look. For example, crushed velvet involves twisting the fabric when wet in order to distort the pile; this gives it a more textured look that departs from the typically smooth surface it is known for. Another technique involves using chemicals to remove the pile from the surface of the fabric to reveal a pattern; this is referred to as devore. Velvet has historically been made from silk, but can be created from a variety of fibers, such as rayon.

There are several theories as to where velvet was first invented. Though it has a strong association with European nobility, it is most commonly believed to have originated from Eastern culture. Pieces of velvet featuring low, untrimmed piles have been found in China dating back to several old dynasties, including the Qin (circa 221-206 B.C.E.) and the Western Han (206 B.C.E.- 23 C. E.). Samples have also been found dating even further back, as far as 403 B.C.E during the Warring States. These fabrics were typically woven from silk, referred to in Chinese as quirong jin or rongquan jin. Iraq was also one of the first producers of velvet, as was Egypt. Cairo was a production hub of velvet for a time, with pieces that date back to 2000 B.C. The technique to create it was so complex and time-consuming that it was an extremely high-end luxury good, available only to royalty and the very rich.

Once Europeans caught sight of this beautiful Eastern textile, it was immediately entered into trade along the Silk Road. Italy was the first European country to create a velvet industry for itself, which yielded wild success to many Italian cities that were involved in the craft of velvet-making. From the 12th to 18th centuries, these areas were perhaps the largest velvet producers, and subsequently supplied the material to all of Europe. It was extremely popular with wealthy buyers, and used in many luxury items such as furniture, clothing, upholstery, curtains- even wallpaper.

The Renaissance was a high point for velvet production, particularly the intricately patterned velvets typically associated with the time. This golden age of Renaissance fabrics lasted from 1400-1600.  As mentioned, Italy was the leading producer, although Spain also had a velvet industry. Renaissance velvets were decadent pieces, often woven from silk and threads of precious metal such as gold and silver. Typical customers for this kind of luxury were the church, or wealthy families wishing for customized textiles, such as fabrics bearing their coat of arms.

Fast forward to the Industrial Revolution– velvet production became mechanized, easier and faster to produce. Therefore, the textile so deeply associated with ultimate luxury became cheaper and more widely available. This association stuck however, and it was still used in garments favored by the upper class to add glamour to an ensemble. During the 1920’s for example, evening gowns and shawls were frequently cut from velvet, often the devore version mentioned earlier. In fact, the technique was popularized during this era. These decadent patterned fabrics became synonymous with 1920’s fashion.

Velvet has gained a special place in the classic fashions of other decades as well. For example, it fit in perfectly with the glamorous vibe of the 1970’s. Additionally, the 1980’s and 90’s had a love affair with crushed velvet and devore, and both were frequently worn by pop culture icons of both decades.

Nowadays, velvet has been popping up quite frequently in many different collections. Crushed velvet has been popular in the midst of the trending 90’s revival, and many designers have been giving their classic or innovative takes on the textiles. Soft, drapey velvets in sweet pastels have been trending, and stiff, structured fabrics in strong colors such as bottle green or navy will always be a staple.