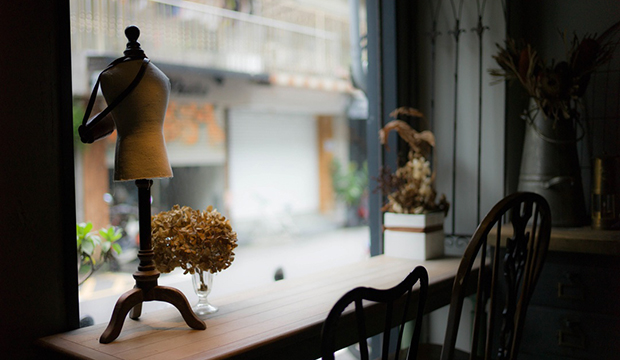 When we think of silk, we think glamour and opulence. No other fabric can quite compare with its beauty, which is why it is used so often for formal gowns and other luxury garments. But silk was around long before flowing bias-cut dresses graced celebrities on the red carpet. In fact, while it is still considered an upscale fabric, silk used to be much more of a rarity than it is today.

Nowadays, silk clothing is available off the rack. But long ago, the fabric was considered to be so precious that it was reserved only for a select few, and it’s production was shrouded in mystery.

As a natural fiber, technically silk has existed for as long as its source has. However, humanity was clever enough to figure out how to harness this resource into a raw material sometime within the last five to ten thousand years.

Silk production originated in ancient China, but it is difficult to pinpoint exactly when. Recognizing the immense value of silk fabric, it became the nation’s most well guarded secret.

While the fabric itself was frequently exported to other countries, no one outside of China knew how it was made. And for good reason- the penalty for revealing the process was execution. Silk was in high demand by the royalty and nobility of foreign nations who were willing to pay high prices for the fabric. Even within China, peasants were forbidden to wear silk up until the Qing Dynasty.

Many rumors and stories were made up to throw off Westerners looking to discover the secret of silk. For example, Pliny claimed in his Natural history of 70 B.C. that “Silk was obtained by removing the down from the leaves with the help of water.” It is for this reason that its origins are so hazy; the records of silk’s early history are half fact, half legend.

A more apt tale that depicts the discovery of silk involves Chinese Empress Si Ling Chi, taking place around 2696 B.C. While taking her tea in the garden, a silkworm cocoon fell into her cup. As she peered into the hot water, she noticed that the cocoon had begun to unravel and the thread was very strong and soft. While the accuracy of this story is dubious, it offers insight into the basic first steps of silk production.

The silkworm is allowed to spin a cocoon, and once finished, the completed cocoon is steamed to kill the moth. The cocoon is then rinsed in hot water to loosen the fibers, which are plied together to create silk thread. Finally, the thread is woven into fabric.

Silk was heavily integrated into ancient Chinese culture. There were many rules surrounding it; for example, it was customary for the emperor to wear a robe of white silk when out, while his principal wife and his heir to the throne were both outfitted in yellow silk.

In addition to clothing, the fabric had other uses. During a time where the barter system was still heavily relied on, silk was used as a currency in both foreign and domestic trade. Government officials were known to receive their salaries in the form of silk bolts, and farmers could pay taxes with the fabric.

The secrecy surrounding silk fell apart around 200 B.C. when a wave of Chinese immigration to Korea brought silk production to the country. The fabric continued to travel, and reached India just after A.D. 300.

Silk production was brought further west in 550 A.D., when two monks from the Byzantine Empire smuggled silkworm eggs out of China. Byzantium began a successful silk market in the Middle East. By the 6th century Iran had a thriving silk weaving industry. Silk production finally reached Europe in the 13th century, and luxury goods made from lavish Eastern silks were already hugely popular. Italy brought in two thousand professional silk weavers from Constantinople, and created a booming silk industry. At this point, silk fabric had become a much more global commodity.

With silk production accessible to the world, the fabric became integrated in the fashions of nearly every culture. Various countries have had silk industries grow and decline as centuries passed. In much more recent years (namely, the last twenty), China has once again become the world’s top producer of silk, although the industry looks nothing like what it used to in ancient times.

Modern technology has changed the way silk is made and marketed. Synthetic fabrics such as nylon and polyester have been developed to replace silk for certain uses, allowing it to be reserved for items at a higher price point. However, mechanized production is now, of course, standard in the textile industry, meaning most silk is not nearly as valuable today as it was in ancient China. Even so, silk continues to have an un-shakeable reputation for being the ultimate in beauty and luxury.