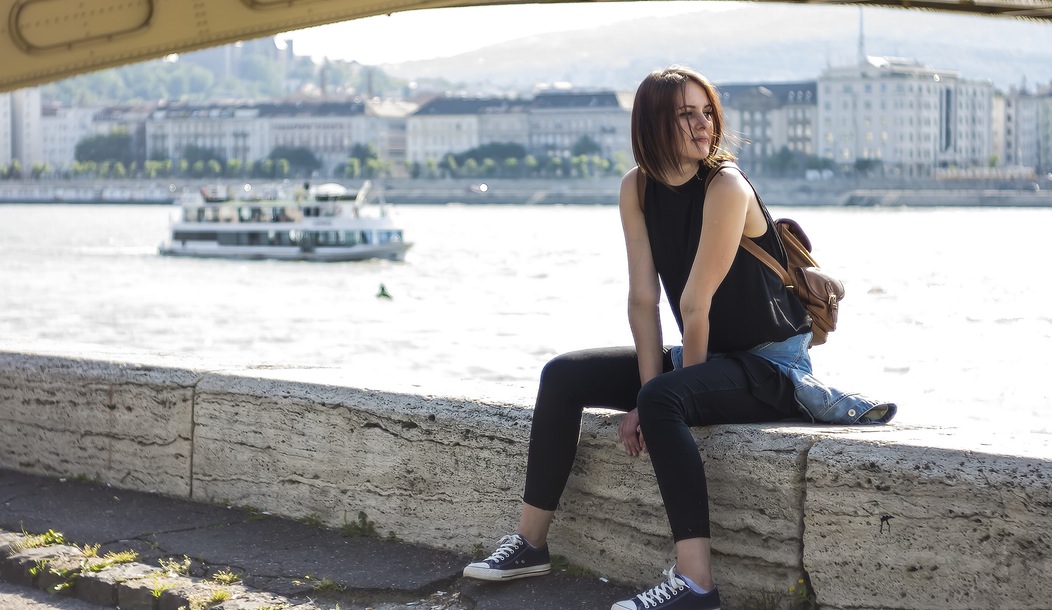 What is one of the most heated arguments you can have about clothing? It’s likely the question that has been plaguing people for the past several years: “Can you wear leggings as pants?” Whether you enjoy the comfort and full range of motion leggings-as-pants provides, or consider leggings only a step up from wearing nothing at all, these form-fitting bottoms have become a necessary staple in just about every woman’s wardrobe.

While the debate about the validity of leggings is a recent one, the garment itself is not. Leggings have been around for centuries, worn frequently by both men and women (yes, sometimes even as pants- and as you will see, sometimes even as chaps.)

The first iteration of the garment came about in 14th century Scotland. That’s right, the same men that are secure enough in their masculinity to don kilts are also credited with the invention of leggings. They were originally created for men and came in two pieces, one for each leg of course. This version covered the entire leg, with each piece securing at the waist in a way that resembled chaps. These leggings were worn for both casual and military dress, and were cut from a variety of materials. The leggings included with Scottish armor were often crafted from either leather or chain mail. So the next time someone hates on your leggings, remind them that the 14th century Scottish military included some very intense-looking chaps as part of their uniform, and you look positively demure in comparison.

While the kilt failed to catch on with the rest of the world, Scots proved to be trendsetters in the legging department. For the next few centuries, leggings were frequently worn all over Europe, albeit still only by men. Leggings were a boy’s club during the Renaissance through to Shakespeare’s time. Finally, by the 19th century after leggings had become globally widespread, women began to adopt these early two-piece leggings as well. So while we may call female legging-wearers “basic”, keep in mind that men are single-handedly responsible for the original globalization of this garment.

Leggings remained in the realm of protective or underclothing for another century or so. “Fashion” leggings as we recognize them today originated in the 1960’s. DuPont created the very first lycra leggings in 1959, and others soon followed suit. These modern versions were tighter, and moved away from a unisex garment into more feminine territory. They were worn both in high fashion and sportswear. For example, designers such as Mary Quant and Emillio Pucci would style them with miniskirts, platform heels, or shift dresses. A capri version was popular for exercising in.

When flared pants began trending in the 70’s, people wore leggings a little bit less, but were still around nonetheless. The film Grease came out, and the character Sandy’s shiny, form-fitting, black “disco-bottoms” became iconic. The women of Charlie’s Angels wore similar versions as well. 70’s pants were all about extremes; if you weren’t sporting wide-leg pants, you went the opposite route- tight, shiny, spandex leggings. (Incidentally, American Apparel would wind up hugely capitalizing on the nostalgia and style of these bottoms decades later.)

The 80’s were, of course, a significant chapter in legging history. As with asymmetrical sweatshirts, and harem pants, the 80’s are a source of many women’s loving nostalgia or deep hatred of leggings. 80’s culture was characterized by its fitness craze, which spilled over into fashion. It became perfectly acceptable to incorporate workout wear into one’s daily wardrobe (incidentally, not unlike today’s “athleisure” trend). Soon leggings, once mainly relegated to aerobics class, were everywhere. The only style rule of the 80’s: leggings go with anything. They were paired with skirts and mini-dresses, under long shirts, with biker boots or sneakers. Madonna even got in on the look, sporting a pair of black lace capri version under a miniskirt while performing during her Like A Virgin tour.

In the early 90’s, leggings were less ubiquitous, but women occasionally wore colorful versions with dresses and tops. They fell out of fashion as flare and boot cut pants gained popularity. But by 2005, they came back with a vengeance. The first iteration was mainly cropped- these versions were memorably worn under denim mini skirts. Of course, now leggings come in a variety of styles and fabrics. For example, leather (or leather-look) bottoms are very chic right now, (and help the wearer avoid looking like they just came from the gym). Whether you like leggings or not, designers continue to work them into looks- and people continue to wear them.