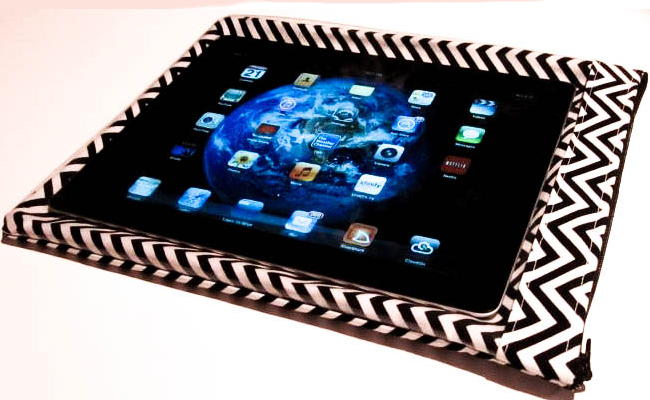 Identifying a problem and solving it is one of the simplest ways to ensure business success in almost any industry. This is exactly what young Penn State student, Nicole Kelner did. Starting her journey in December of 2011 Kelner, a self-taught seamstress and designer created a line of smart device fashions that allow you to text, email, check your Instagram, Facebook, Twitter…you know, the usual, without having to take your smart device out of your handbag. 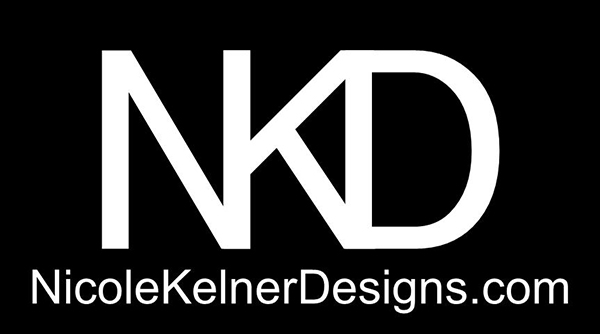 The concept behind her designs is to help us all say bye-bye to the anxiety we often get when we think, “Where the hell did I put my phone?”; not to mention the many other issues we run into on a daily basis like reading by the pool without getting our smart devices wet, dropping them while texting and walking (we all do it), or just simply keeping them clean and pristine.

Having this dream to become a designer seemed almost untouchable to Kelner yet her undeniable love for technology and fashion pushed her to experiment with old bags and a needle and thread. After much frustration through her trial and error process, she knew that giving up was still just out of the question. Her dedication can even be seen in her dorm room, which she turned into a studio, she basically sleeps in a cloud of fabric.

Now, with many hours, days, and months of practice under her belt she officially launched her Etsy shop in March 2012, where she started selling her tech savvy products to people all around the globe. And in just two short weeks Kelner’s “made with love” smart bags were being featured on major media websites and blogs. Why?  Because she solved a problem.

Nicole Kelner is just one example of the many young and brilliant entrepreneurs that are out in the world working so diligently to prove that age is a number and dedication and passion are the true keys to greatness. These brilliant minds will only benefit their chosen industry because they bring fresh faces,  bright ideas, and a certain resilience that more jaded folks sometimes don’t possess.

Recently, I had the sweet opportunity to chat with the beauty behind Nicole Kelner Designs. Nicole was such a pleasure to talk to and the enthusiasm in her voice really goes to show that hard work and passion do ultimately lead you to a road of great success.

StUF: Where did the idea for Nicole Kelner Designs sprout from?

NKD: To make a long story short, I came home from college and was at Chipotle with my friends. I had my purse on my chair and my phone in my pocket, but since I use my phone all the time I totally forgot about my purse and found myself at home with a phone and no bag. It wasn’t until that very day that I even thought of the idea to bridge fashion and technology to create bags that had vinyl pockets attached to the bag for you to slip your phone into. Since then, I haven’t forgotten my bag or phone anywhere.

StUF: Being a young woman still in school, how do you balance the attention you get for NKD and staying on top of your schoolwork?

NKD: The balance of school and Nicole Kelner Designs is not the easiest and having a major and a minor sometimes proves to be a bit of a challenge. However, I am learning how to fit sewing in between my schedule, although it’s sort of turned my dorm room into a bit of a sewing studio, thank goodness my roommate is sweet.

StUF: What has been the biggest struggle since the launch of NKD? How did you overcome it?

NKD: The biggest struggle for me has been not knowing how to sew. When I first started selling my purses, I did all of the sewing by hand and people weren’t as willing to buy. I knew that once summer came I would have to find myself a sewing class where I could learn the basics and more. And I can now say I owe much of my success to the tips and knowledge that I gained in just a few classes.

StUF: What has been your highest moment?

NKD: I’d have to say it was the morning I woke up to an article featured on CNET exactly two weeks after I launched my Etsy shop. It almost felt like Christmas morning.

StUF: How do you go about getting exposure and press, and which resource has been the most successful?

NKD: I have really relied on using as many social media outlets as possible such as Twitter, Pinterest, Facebook, Tumblr and Internet ads. I also reach out to stylists, fashion sites by email. But the resource that has been most successful is by far Twitter because it has brought be a great amount of exposure.

StUF: If there were one thing you would want the world to know about you what would it be?

NKD: Well, I think I would ultimately want the world to know that I am extremely motivated to have my designs sell around the world and a silly fact would be that I have the most ridiculous (like it’s insane) love for Vera Bradley’s bags.

StUF: What are your future goals and dreams for NKD?

NKD: My ultimate goal is to be a millionaire by 30! However, I know that there are steps you have to take in order to get there. I would love to have my purses featured in as many retail stores as possible, specifically Macy’s and Urban Outfitters. I also really want to target international retail stores because I believe my product is something that can be used anywhere and everywhere around the world.

StUF: Lastly, if you could give young entrepreneurs a piece of advice, what would it be and why?

NKD: I would say that the main piece of advice I would give them is to never give up, as cliché as it sounds it is so important not to let the voices around you bring you down. I also believe that staying motivated and having a positive attitude are two other important factors to keep in mind when creating a label or business.

Register to watch the free class!