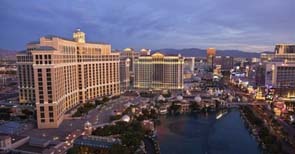 I started my day early.   After a false fire alarm at 4am in my hotel, it was tough getting back to sleep.  Excitement had overtaken me and sleep was proving impossible.  Around 6:30 I got out of bed, did some yoga, and then headed out on a morning power walk along the Las Vegas strip.  It has literally been 7 years since my last visit to sin city, I was an infant of 23, (Yes, yes, that makes me 30) and I felt I had a lot to catch up on.  I liked the idea of observing it all in the wee hours when most of the party goers were just settling into bed.

My stroll led me to Starbucks, of course.  (Is there a city in the world that doesn’t have one placed in 1 mile intervals?)  So I stopped, snagged myself a skinny vanilla latte and a fruit cup, and observed my surroundings.  This city is really like no other.  I mean, here it is 7:30 in the morning, and there are brightly lit signs everywhere, slot machines dinging in every direction, and pop music seemingly being played from some unseen boom box in the sky.  I’m gonna be honest, it’s a bit much for me.  But that’s ok, it’s an experience, for damn sure.

After heading back to the hotel , showering up, and deciding on a comfy pair of black peg leg pants, a crisp white button down , and black patent leather flats (feeling very Audrey Hepburn), I headed over the Blogger Lounge/ Sky Box to meet the lovely ladies in charge: Macala Wright Lee (FashionablyDigital.me) and Whitney Benjamin (QuillandCouture.com).  After the much anticipated introductions, hugs, and a funny little hair-caught-on-earring incident, I was given the tour.  All I can say is WOW.  Everything is in the midst of pre-show set up; labels setting up their booths, lighting being mounted, people scurrying back and forth, working tirelessly to make sure it’s all ready for go time tomorrow morning.  I have to say, it was a treat to get to see the MAGIC in the making. 😉 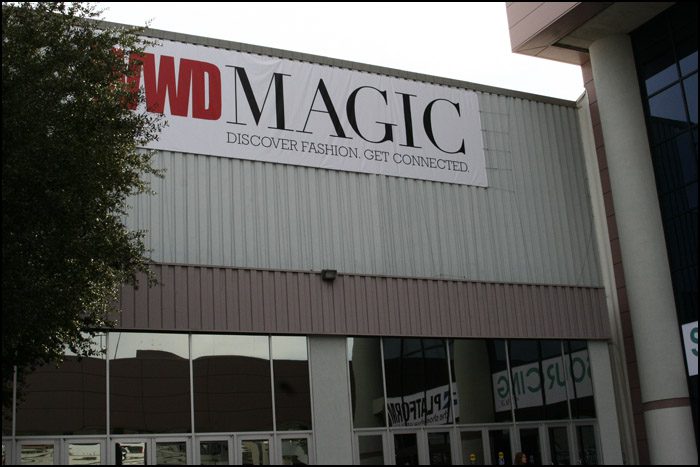 In addition to the tour, I was given a handy dandy list of all the seminars being offered.  There is a lot going on in the lounge over the next few days so I can’t attend all the seminars but here is a list of some that I will definitely hit up.  I may add to the list, if time permits, but I won’t subtract.

People and Planet: Sustainability Out of the Box

Sounds interesting right?  Well, it should! As budding fashion designers, your knowledge and understanding of the above topics will definitely give you a leg up.  Cheesy cliché alert: Knowledge is Power.  Stay tuned, darlings!