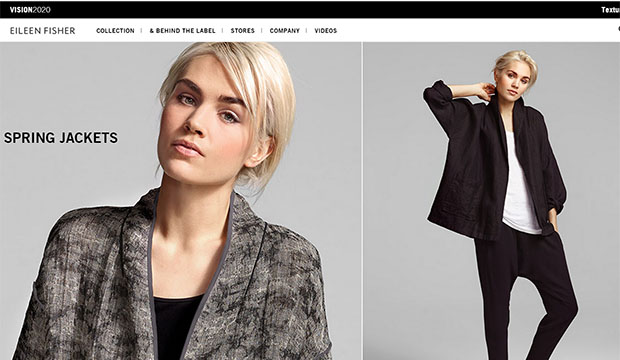 Back in the days of early civilization, clothing was (obviously) not the most glamorous. Namely, you would throw on an animal pelt and call it a day. Fabric as we know it today didn’t exist, and so garments were heavy and probably pretty gross.

Fortunately, us humans are resourceful creatures, and would come to discover the fiber that inspired the fabrics we are familiar with today: linen.

Linen is beautiful, soft, and perhaps the earliest known constructed textile. For example, in the country of Georgia, archaeologists discovered 34,000 year old flax fibers that had evidently been dyed bright, lovely colors by our creative forefathers.

Indeed, once civilization reached the point of being able to cultivate land, this became a game-changer for clothing and fabric. People began to grow flax, and from this plant linen was made. The fibers were woven up into fabric and pelts were shed in favor of this more manageable (and probably cleaner) raw material.

Since the flax plant is native to many places around the world, from Northern Africa to India to Western Europe, linen has roots and history in a variety of cultures.

In Mesopotamia, the labor-intensive growing and manufacturing process for linen made it extremely valuable. So much so, that only royalty or religious leaders such as priests could be deemed worthy of wearing it, or even afford it.

In ancient Egypt, linen was also prized for it’s rarity, but other factors contributed to its value as well. Egyptians recognized its quality; linen is lightweight, resistant to insects and wicks away moisture- perfect for a hot climate. Additionally, in ancient Egyptian culture hygiene was extremely important, and linen, with its anti-microbial properties and smooth texture was considered to be a pure material. In fact, it was believed that the whiter the fabric, the purer the garment, even going so far as to call it “woven moonlight.”

Knowing all of this, it’s no surprise that Egyptian priests were only allowed to wear linen. The fabric (and bright white color) was in high demand for use in various rituals. Back then; the job of “Chief Royal Bleacher” was an actual profession, albeit a rigorous one. Art from the time depicts an intense process of rising and scrubbing the fabric, pounding it on a stone, rubbing the fabric with leather, and repeating until it can finally be laid to dry in the sun. Linen was so well taken care of, that when archaeologists discovered the pharaoh Tutankhamun in 1922, parts of the linen wrappings that covered the body were almost perfectly preserved, despite the centuries that had passed.

When the Romans conquered Egypt in the 4th century B.C., their take on linen went in the exact opposite direction. While Egyptian fabrics were characterized by the whitest of whites, Romans brought with them vivid, bright dyes.

In his writings, Pliny the Elder spoke of a competition hosted by Alexander the Great as he was sailing the Indus River. As the first man to attempt to dye linen, he presented a challenge to his generals: who could dye his sails the most striking color? He even had spectators from the riverbanks serve as judges while the ships sailed by. The Roman color craze continued into Caesar’s reign. The dictator even ordered the linen awnings that stretched across the entirety of the Roman Forum to be “dyed blue and spangled with stars”.

Phoenician traders first brought linen to Europe around 900 B.C., and Romans established linen factories in both Britain and Gaul in order to keep up with supply and demand for their colonial forces. However, its use did not come to prominence within Europe until the Middle Ages.

All kinds of clothing were cut from linen cloth, and by the 16th century, flax cultivation was widespread. Rather than being reserved for a select few, the fabric had exploded in popularity.

During the 17th century, the industry for the classic “Irish linen” was established. The Earl of Strafford and later, the Duke of Ormonde pushed the industry forward, to avoid competing with the English wool trade.

Strafford brought over experts from other parts of Europe to advise, and imported Dutch equipment as well as high-quality flax seeds. The industry took off over the course of the centuries that followed, and Irish linen became a timeless, well-regarded textile.

Little about the process has changed- nowadays Irish linen is still woven in the traditional areas that the industry was established in, by the descendants of those who began in the trade. Although the modern industry is much smaller (due in part to the competition of cheaper, lower quality fabrics), it still thrives today.

Today, linen is appearing in fashion more and more for a variety of reasons. In regards to sustainability, linen just makes sense- natural fibers are better for the environment, and it is an excellent alternative to cotton.

Additionally, its quality and performance give it a luxurious feel, even when being used in casual garments. The fabric has been showing up in many high-profile labels.