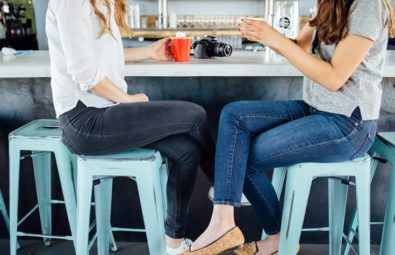 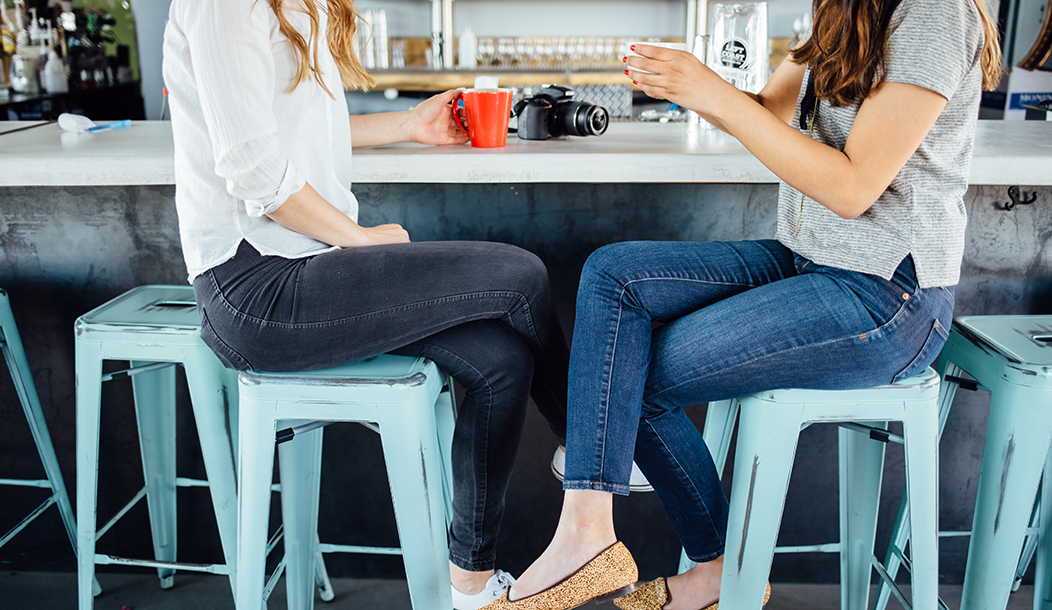 Blue jeans are perhaps one of the most versatile garments in a person’s wardrobe. They can be dressed up or down, styled in a variety of ways and come in a million different cuts. Designer Yves Saint Laurent was so enamored with the pants he wished that he himself had created them, gushing

“They are expressive and discreet, they have sex appeal and simplicity,- everything I could want for the clothes I design.”

Denim Garments in the 18th Century

Unfortunately for Saint Laurent, early versions of jeans had already been around for about 200 years by the time he was born. While blue jeans are strongly associated with American culture, they were only popularized there, not invented.

The first known iteration of this garment dates back to 18th century Italy.

Sailors from Genoa at the time wore a uniform made entirely from denim. In fact, the word “jeans,” is derived from the name of this region.  While the uniform itself didn’t stick (as we know, denim is not exactly quick-drying), the idea of denim work wear was an intriguing one.

Jeans as we recognize them today however, were in fact, created in the United States in the 1870’s.

A tailor named Jacob Davis, based in Reno, Nevada had a tough puzzle to solve when miners frequently came to him needing a tough pair of work pants that could stand up to heavy labor. The pants Davis was crafting for regular use resulted in torn pockets, ripped button flys, and other problems when used as work wear.

After a miner’s wife informed him that her husband needed pants that could handle some hard work, Davis came up with a solution. Inspired by metal fasteners and hardware used on utilitarian objects, Davis designed the first pair of riveted trousers. The pants were cut from heavy duty duck cloth, and most importantly, all the of stress points were reinforced with metal rivets to prevent tearing.

The pants were a hit and worked extremely well- almost too well. Realizing he had created something great, Davis was in a rush to patent his idea. The tailor lacked the funds to do this on his own however, so he partnered up with the now infamous Levi Strauss.

By the time their patent expired in 1890, these pants were so synonymous with Levi Strauss & Co. that no one could claim otherwise. It was during this time that a bold change was made to the design. The brown cotton duck fabric was discontinued and swapped out for a more flexible fabric: denim.

The riveted pant cut paired with denim was a winning combination, and “blue jeans” (named of course, for the indigo the fabric was dyed with) were born.

On the one hand, many design elements of jeans have remained the same to this day: the use of denim and the riveted design for example. In 1890, Levi Strauss & Co. released the iconic Levi’s 501, a style that has remained largely unchanged and is still in production even today.

In fact, 501’s have become something of a cult item- just about every fashionista owns a pair of 501’s. However, jeans have gone through many changes over the years as well in the name of fashion.

Closet Staple for Both Men and Women

While jeans had been a symbol of hard work and rugged masculinity at the turn of the century, by the 1950’s, attitudes had changed. Denim was considered too casual for the buttoned-up era, and it became associated with youthful rebellion.

Actors such as Marlon Brando and James Dean wore them onscreen, increasing their appeal. Women began donning jeans as well, starting in the 1930’s. While some viewed women in jeans as a sign of lowered standards in women’s wear, blue jeans would of course ultimately become a closet staple for both genders.

The late 60’s and early 70’s were a high point for jeans, especially on the west coast. While the pants were still extremely popular with counterculture groups, they had crossed over into mainstream fashion as well.

Jeans became available in different cuts and washes, and sales continued to increase. The denim craze only grew in the 1980’s. Following the iconic bell bottom jean of the 60’s and 70’s, many 80’s cuts featured a skinny leg. Designer jeans were a huge trend, and in November of 1988 Anna Wintour put out her debut Vogue issue featuring the first pair of jeans ever to grace the cover of a magazine.

Today, jeans are cemented as a true closet staple. Styles continue to evolve and change, but core concept of this garment has continued to remain throughout the years.