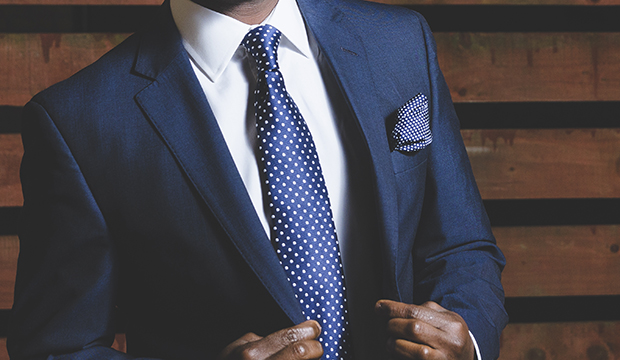 Hugo Boss is a household name, but also a mystery.  There isn’t much out there written on the designer but we do know he did two things: gained fame for groundbreaking designs and gained infamy for his some of his chosen clientele.

Hugo Ferdinand Boss was born in Metzingen, Germany on July 8, 1885 and was practically born into the industry.  His parents owned a lingerie shop, which would grant Boss the opportunity to learn about the business, a chance that may have been crucial to his success.

Boss broke the rules in both good and bad ways, which has led to a lot of negative publicity for the brand.

His beginning life started off as mundane as a normal young adult. He started as an apprentice to a merchant, similar to many of that time.  He completed his required military service and then started working in a weaving mill.  After his parents died in 1908, he took over the lingerie shop. I think this is where Hugo Boss (as we know him) was born. Just five years after taking over the shop and starting a family, he reenlisted in the army and served throughout WWI as a corporal.

In returning back to his life in Metzingen, he started his own clothing company in 1923 along with a factory in which he had two other partners.

He produced the basics, something Hugo Boss does well: work clothing, shirts, raincoats, and sportswear. The company ended up nearly going bankrupt due to the great economic losses in Germany caused by the war. But they held on.

Hugo Boss’ real success came post WWII, which was a very determining time for the brand. Boss continued to create uniforms, but now for the Red Cross and the French.  After this son-in-law Eugen Holy started taking control of the company, the brand began to flourish and diversify.

In the 1950s, Boss started manufacturing suits (I can hear a cheer arising). By the 60s, off-the-peg (regular and not fit to person) suits started to gain traction.  Welcome the birth of standardized production of men’s suits. This is was key to the company’s success; and the last block in the foundation of Hugo Boss.

At the end of the 1960s, Hugo Boss sales were totaling 3.5 million deutschmarks which is equal to about 1.75 million dollars. Eugen Holy’s sons then took over the company and reshaped it into the famous international fashion group we know today.

The 1970s is the fashion industry began to focus on men and the aesthetic demand for varying looks. Proactively, the BOSS brand was built and focused on high-quality menswear.  And who doesn’t love a narrow shoulder, two-button, single-breasted blazer? In 1977, BOSS was registered as a brand.

One of the most genius things the brand did, was create different segments within itself, depending on the products being sold.

For example, there is Boss Black, for class clothing, Boss Orange for lifestyle, Hugo for a European look, and Boss Green for active wear. This allows different segments to focus solely on that type of clothing and not be distracted by what dealings classic wear may be working with. Take notes: Divide and conquer.

The controversy that surrounds Hugo Boss is the fact that after joining the Nazi party in 1931, it has been confirmed that he was the official uniform designer for the Nazi Party, postal service, and even a Hitler Youth Group.  He later claimed that it was to “save the company” however; Boss was still fined for supporting the Nazi after WWII and was not allowed to vote.

If that wasn’t enough to overshadow the company, they were also found guilty of employing 140 forced workers and 40 French prisoners.

The brand has publicly apologized for his Nazi involvement. Hugo Boss died in 1948.

The biggest takeaway?  Learn from other’s mistakes. Hugo Boss didn’t make the wisest business decisions, choices he made 75 years ago still haunt the brand.  But they regrouped, chose an incredible predecessor, and the company gained success.

The real fashion story here is of a brand that stuck to its brand identity even through a large amount of trepidation.

Having such a strong sense of your brand is what separates the masters from the forgotten.

When you know what you want to create and what type of consumer you want to sell it to, everything else falls under that specific blanket. Your business decisions become fluid and you can start defining success—the way you envision it to be.