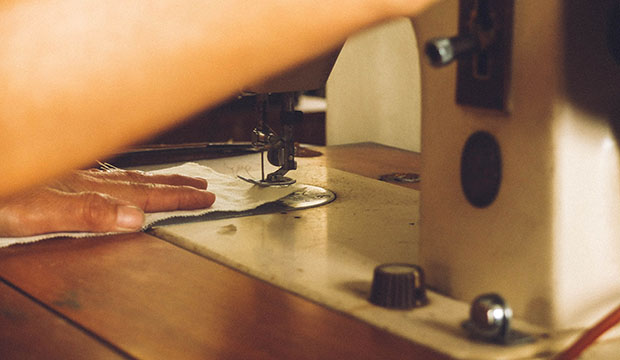 Success is most often achieved by those who don’t know that failure is inevitable.” – Coco Chanel

Coco Chanel is known as one of the matriarchs of women’s fashion. She is an idol, an inspiration, and a leader to so many in the fashion industry. In highlighting her, we could talk about so much — her iconic brand, her understated feminine style, and her clever business sense certainly all stand out. But what really made her a master of fashion? Her Rebellion.

Coco Chanel broke the rules. That was her gift.

The fashion industry has always been run by “rules”,  but we’ve never agreed with that. The ones who have made a name for themselves did anything but follow the rules.  Of course—they had a couple of lucky breaks—but we all know luck is just preparation meeting opportunity.

Preparation in this industry means being prepared to be different, to stand out, and to be rejected.

Coco Chanel took on masculine styles when women were barely wearing pants.  Born “Gabrielle” in a village in France, she was without a mother at 12 years old.  With a traveling father, her home become a convent…cue the love for black and white. There she learned to sew and briefly became a singer where she gained her nickname “Coco.”

Her story is one of wild success from a little girl who came from almost nothing. However, reading in-between the lines of her story, you can sense that this was a woman of impeccable sense of self, grace, and fearless of the opinion of others.  She had wildly creative mind, setting her up to build the brand we admire so much today. Her relationships granted her access to networks that set her up for very influential business opportunities.

She was known for her exuberant personality.  From stealing her lovers clothes to wear [welcome the birth of menswear on women], to removing ornaments on brimless hats, to boyish haircuts; Chanel was anything but conventional.

Breaking the BIG rules had gotten people to talk about her and the talking lead to the fascination of high-society women loving her hats and creations.

Her first store opened in 1910 at No. 31 Rue Cambon—introduce the phrase the “Queen of Paris.”  The evolution of Chanel really began at the time she opened her first store. It focused on mainly hats and when she expanded, she ventured into clothing.

Following suit with her distinct way of dressing, her apparel designs were original. She loosened the tight waist, shortened the skirts, did away with the corset, and started using jersey material.  In 1916, she actually gained exclusive rights to the fabric.

The 1920s brought Chanel some new successes by introducing some ground-breaking products.  She introduced the first perfume to ever feature a designer’s name, Chanel No. 5. In 1925, the revolutionary Chanel suit was born.  The timeless design included a collarless jacket and a well-fitted skirt, influenced and designed after menswear.

She expelled the requirements of corsets and too-tight clothing. Women could now feel more comfortable in a stellar outfit. One of the most famous designs introduced by Chanel in the 1920s was the little black dress. Every female needs one, and every woman owns one. She transforms a color associated with death and morbidity and made it stylish.  Another rule broken.

What can we learn from Coco Chanel’s story?

She came from a small town in France and because of her perseverance, eccentric personality, along with a strong belief in being herself no matter what was popular in society, she created a timeless brand.

It didn’t matter what was high fashion at that time, she saw a gap in the market and she filled it.  This is hard to apply today because of such over-saturation in the fashion industry, but that’s one of the fun parts about being a fashion business owner.

There is so much available: resources, ideas, networks, tools; but no limit to what you can create. Take your brand by the reins and seize the damn decade (forget seizing the day) like Coco Chanel did!