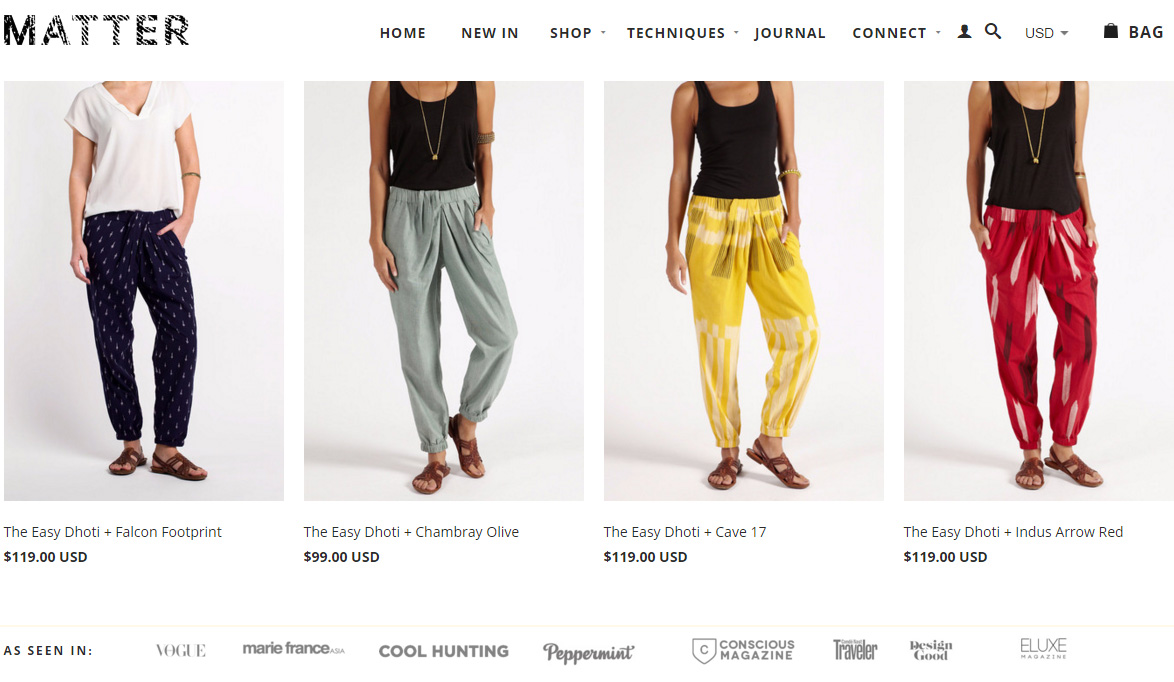 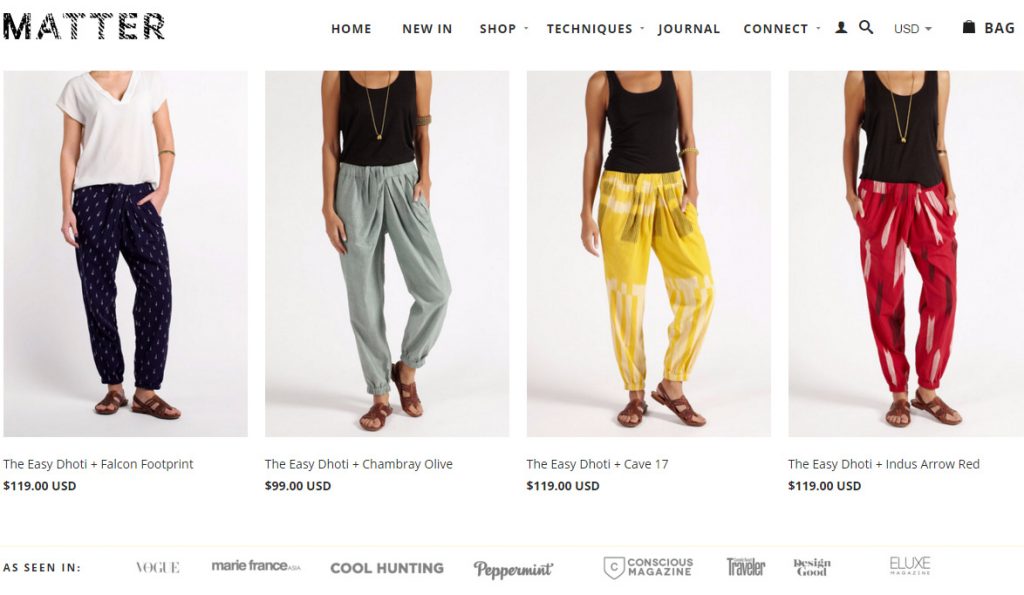 Lately it seems that everyone is getting creative with pant cuts. You can get just about any style you can imagine, from the tightest skinny jean to the most voluminous wide-leg bell-bottoms. There is one style that has been especially trendy as of late, playing with shape to create a unique and interesting silhouette: the harem pant.

Gone are the days of MC Hammer associations. Harem pants are among the chicest bottoms out there. You would think that such an unconventional cut would last only a season, but these pants are gaining steam as a more mainstream wardrobe item.

Harem pants have been around since long before 90’s hip hop and today’s runway looks, however. In fact, this style is about two thousand years old. Originating from the east, this kind of a silhouette has roots in India, Bangladesh, Nepal, Pakistan and Iran.

A men’s garment, known as a dhoti, is believed to been one of the original forms of harem pants. This traditional piece of clothing was a simple length of cloth, around four and a half meters long that would be wrapped around the legs and knotted at the waist, creating the shape we are familiar with. Additionally, women in Iran would wear loose-fitting pants as a symbol of modesty and innocence. These garments were referred to as salvars and shalwar. The draped fabric hid the shape of the body, but formed an elegant and unique silhouette.

After being enjoyed by eastern cultures for many years, harem pants made their transition into the Western world in a bit of an unexpected way. In the mid 1800’s, pants were still a taboo garment for women in the west. Frustrated with cumbersome skirts and other feminine attire, women’s rights activist Amelia Bloomer (you can see where this is going) took matters into her own hands. She began frequently wearing a very recently introduced version of voluminous harem pants that we refer to today as “bloomers.”

These pants featured a very loose (i.e. modest) cut, and often even came with a mid-length skirt covering the top half. Despite the fact that these pants showed literally no more of the body than a skirt would, the “higher hemlines and masculine connotations” of the garment were still considered to be too scandalous. Bloomers were mainly worn by radical feminists of the time, such as suffragists and Strangite Mormons. Amelia was unsuccessful in her quest to convert the majority of ladies into bloomer-clad modern women. Western harem pants faded even more into obscurity after women won the (more pressing) for a few decades more.

In 1909, Paul Poiret tried his hand at bringing the harem pant to the west more permanently. The designer created a unique and beautiful collection that contained Asian and Middle Eastern influences. Highlights included kaftans, head wraps, and of course, harem pants. This time around, Western society was more ready to give the women’s pant a chance. It certainly helped that Poiret cut them from elegant fabrics such as as silks, and liberally embellished his designs with intricate beading and embroidery. These feminine touches helped make the pants more palatable to those who might otherwise oppose them.

Elegance aside, women’s roles in society had begun to change, and were already quite different than what they had been in the 1850’s. Women were much more active- and consequently needed clothing that provided more comfort and ease of movement than traditional corsets. Additionally, there were women that intentionally dressed in harem pants because they enjoyed the connotations of “male power and privilege,” that the garment represented. As pants became more commonplace in the female wardrobe, the harem silhouette fell out of fashion for a few more decades in favor of slimmer, more daring cuts.

Harem pants began popping back up in the 60’s and 70’s. However, it was during the late 80’s that they made a full-force comeback, and I am sure you can hazard a guess as to the reason why. Rapper and dancer MC Hammer was as well known for his moves and rhymes as his outrageous sense of style. The cut was perfect for him to perform in, both because of the crazy shape, and the fact that it allowed for ease of movement when dancing. Harem or “hammer” pants made a famed appearance in MC Hammer’s “U Can’t Touch This” music video. Up through the early nineties, “hammer pants” were a popular trend.

In 2009, Ralph Lauren featured a version of harem pants in their spring runway show, and the style has been trending ever since. And why not? They are  not only chic, but comfortable as well. Here’s to hoping they stick around for a long time.