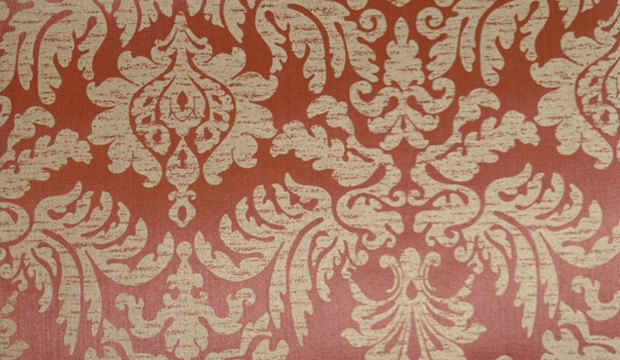 When researching fabrics for your collection, it is important to know just what you are looking for. One of the common mistakes designers tend to make is when they are referring to patterns- certain terms for classic weave structures have been used so interchangeably that many designers often refer to them as prints.

This is true of many staple fabrics such as houndstooth, herringbone, and ikat. The first two are the names of weave structures that create their famous patterns, and the latter is a method of resist-dyeing yarns to create it’s signature streaky look.

Of course, keeping track of all these terms can be tricky, especially since many designers create prints based off of these wovens. But it is important to know what you are referring to when you use certain terms, especially to make sure you are asking for the right kind of fabric.

Another textile that is perhaps most often misnomer-ed in this way is damask. Like houndstooth or the other fabrics mentioned, a true damask fabric is actually a woven textile, with the pattern being dictated by the weave structure and loom. But don’t feel bad if you didn’t know- language is a powerful thing, and at this point, woven damask and the classic pattern it was often made in have become so synonymous, the word now essentially refers to both. When we think of the name, we often picture an elaborate print in stark two color contrast; it is a very common re-imagining of the original style of fabric. Today, we can see this kind of “damask” print everywhere from wallpaper to clothing.

So then what is a true damask, exactly?

At its most technical level, damask refers to a woven fabric that uses two or more weave structures (such as satins and twills) to create a contrast in texture that allows the image to be brought out. These fabrics are often monochromatic in color in order to highlight the contrasting matte and sheen surfaces. Because the images in the fabric are created using the structure of the weave itself, damasks have a right side and a “wrong” side, in which the pattern is reversed on the back. In fact, fabrics woven with many colors without a reverse side are referred to as “brocades,” not damask. Originally, these fabrics were hand-woven, often in silk. This helped to better reflect the light and create depth in the designs, and also lent damask a reputation as a luxury fabric.

Damask was originally believed to have first been created in Damascus, hence it’s name. However, more recent findings have shown that woven damask techniques in China go back even further, around 300 B.C. These elaborate textiles were traded from the East into the Mediterranean via the Silk Road. While the fabric did not originate in Damascus, the area was a trading and manufacturing hub for damask, which could explain the strong association between the two.

From there it began to spread, albeit not always peacefully. The fabric was so highly valued that kingdoms went to surprising lengths to get their hands on the secret to how it was made. For example, damask began to spread through Europe during the Crusades, when weavers were kidnapped from Greece and put to work in Sicily. Soon, damask fabrics could be found in France, the Netherlands, etc.

These early damasks woven in Europe featured motifs such as flowers, animals, and fruit. During the Renaissance, dense and elaborate scrolled motifs featuring acanthus leaves, feathers and botanicals became a popular style. So popular in fact, that it survived through the centuries and is now the very style we associate with damask. This famous type of pattern has become so recognizable, or can be translated into a printed fabric, knit or even a wallpaper and still be referred to as damask.

The start of the 1800’s was a significant turning point for damask weaving. The invention of the jacquard loom in 1801 suddenly made the textile much more accessible to the general population. Artisans no longer had to rely on the lengthy, painstaking process of handweaving to create the beautiful and complex damask patterns. This meant that the textile could be made much more quickly and cheaply.

With today’s modern computerized jacquard looms, damask can be woven with great ease. The style of pattern is so timeless and has become so recognizable that it is used in all kinds of fabrics, for many different products. Damask is so versatile that it looks just as beautiful on curtains as it does on a dress. Many designers enjoy re-imagining this classic textile in modern, updated ways with lovely results.