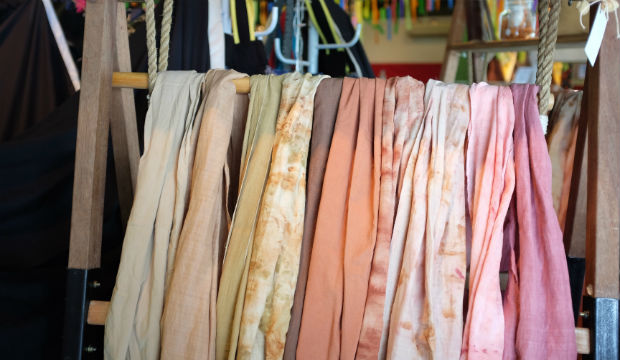 It’s safe to say that pretty much everyone has a scarf or two in their closet. This accessory is a staple that comes in a variety of colors, fabrics, and styles-there is a scarf out there for every taste.  Whether you a fashionista showing off a beautiful silk Hermes piece or just trying to keep warm, the scarf has become a timeless symbol of comfort and style.

So how did such a simple accessory become so ubiquitous? In fact, scarves have been worn for a lot longer than you might think. As far back as 1300 B.C to be exact. The very first scarves date all the way back to ancient Egypt, where it was a status symbol that denoted nobility and royalty. Queen Nefertiti was the original trendsetter-she was perhaps one of the first to wear a scarf. She frequently styled a scarf-like fabric behind her iconic cone-shaped headdress.

China was also home to early adopters of the scarf. There, it was originally part of the Chinese military uniform. Dating as far back as 1000 B.C., fringed, rectangular scarves were discovered on sculptures of Chinese soldiers. Scarves would continue to be a part of military dress: another early Chinese iteration of the accessory (around 230 B.C.) was part of the uniform for soldiers serving under Emperor Cheng. These scarves helped to denote military rank. Similarly, Croatian soldiers in the 17th century wore scarves according to rank as well. Those lower on the totem pole wore scarves cut from cotton, while the scarves belonging to officers were made from fine silk.

The next version of the scarf that cropped up was a bit more utilitarian. In ancient Rome around 10 A.D., Romans began using a piece of fabric known as a sudarium, or “sweat cloth,” which is exactly what it sounds like. Those engaging in exercise or strenuous physical labor would often keep a piece of linen around their person in order to keep clean and wipe away sweat. Men wore them so often it became a kind of accessory- tied around the neck, draped over the shoulder, or knotted around the waist.

From around the late 1600’s to early 1700’s, the scarf began taking on a less functional, more “fashion” role in the form of the cravat. In fact this neck-piece, which originated in Paris, was inspired by the neck-wear of the aforementioned Croatian military- the name is an allusion to the original source. Cravats were cut from a long strip of white fabric, typically embellished with embroidery or lace. The accessory was especially popular during parts of the French Revolution, where it grew in size and extravagance, occasionally obscuring the bottom half of the face. During the Revolution, the cravat was sometimes dyed in different colors to demonstrate allegiance to a certain side.

From then on, scarves began to make their way into mainstream fashion- for both men and women. For example, Napoleon is said to have had cashmere scarves from India sent to his first wife Josephine. Also around this time, the Third Duke of Krakow supposedly created the first knit scarf. However, the accessory truly became popularized after Queen Victoria’s ascension to the throne in the early 1800’s. She frequently wore glamorous accessories such as silk scarves, which soon became stylish among nobility, as they differentiated them from lower classes.

Speaking of silk scarves, that particular accessory as we know it was first crafted in 1937 by, who else- Thierry Hermes. This was the first truly luxury silk scarf, and differed from anything that had come before it. Hermes’ company purchased raw silk directly from China to be spun into yarn. This was then woven into a high-quality fabric that was twice as strong and much heavier than other scarves of that time. As a final touch, a beautiful image would be expertly hand-printed onto the scarf. These intricate designs required around 43 screens to get beautiful color effects. Hermes’ first printed scarf design featured two women in white wigs playing a game.

Scarves As A Necessity

Soon after, rayon was invented, which was good news for women who otherwise couldn’t afford luxurious but expensive silk scarves. This material made the look much more accessible. In the 1940’s, scarves were worn a variety of different ways for numerous occasions- during the war years they were more of a necessity than a fashion statement. Cotton, linen and wool scarves also came into fashion as other, less frivolous alternatives to silk. Magazines even advised women who didn’t want to spend a lot of money on a new hat to tie their scarves into turbans and snoods. Scarves were even used as a safety measure- women working in factories had to cover their hair to prevent it from being caught in machinery.

A Staple of Fashion

From then on, scarves remained a staple accessory for both fashion and function. From 1970’s head wraps to today’s hipster neck-wear, scarves have cemented their place in the fashion world.