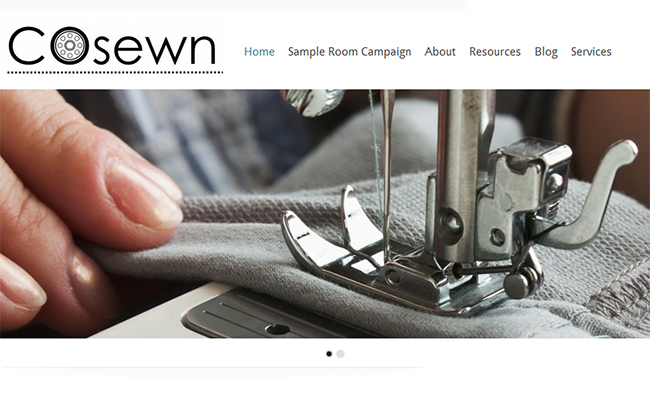 The future of the American rag trade is in jeopardy, as heritage sewing and manufacturing skills are disappearing from an industry predominately staffed by aging workers. In an effort to preserve these skills, Jessica Montoya, founder of COsewn, has launched a crowdfunding campaign to set up a small scale local manufacturing facility where the next generation workforce of apparel artisans can learn the trade.

The statistics on Made in America apparel have drastically changed in the past 50 years. Back in 1960, close to 95% of the clothing sold in America was made here; now that number is only 5%.

Montoya believes that percentage is on the rebound: “We’re in the midst of a fundamental shift in consciousness, as designers and consumers are turning back to quality apparel that is Made In America. However, the increased interest in domestic manufacturing is exposing a serious problem: we no longer have a skilled workforce of sewers and patternmakers in place to handle the increased demand.”

“The number of aspiring designers far outweighs the number of skilled technicians in this industry,” says Montoya. “We’re experiencing a DIY renaissance and a surge in the number of designers who want to start their own sewn product businesses. However, many lack the knowledge and skill to design and sew their own production-ready prototypes, and the people who can help them are hard to come by.”

COsewn is running a crowdfunding campaign at IndieGoGo.com/cosewn in order to raise funds to purchase equipment and offer new job opportunities and training.  Campaign runs now through July 23, 2012