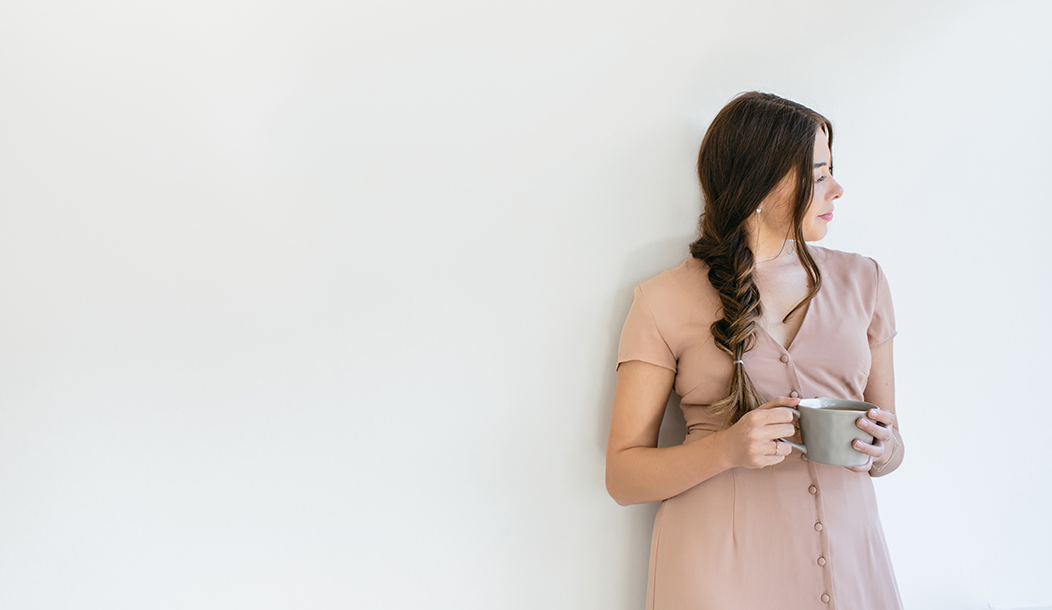 I recently received a message from one of you (the readers of this column!), asking me if I would share a reflection on a time when I was greatly overwhelmed in my fashion business, and what I did to get past it. So I figured, rather than just hitting “reply”, I would write a post sharing my experience so that all of you could all benefit from reading about it.

Was there a time in your career when you felt completely overwhelmed about where to go next? What were the circumstances?

Honestly, I don’t think there’s an entrepreneur alive who hasn’t had this feeling. When you are starting something, the sense of being overwhelmed with all  the decisions that need to be made can be debilitating.

For me, one that really stands out is from back in 2015 when we needed to figure out how to make the StartUp FASHION Community membership platform work better.

At the end of 2013 we quietly launched the membership community, a place for designers to get access to tools and resource for launching and growing their businesses, as well connect with fellow designers for some peer mentorship and connection. We worked really hard to create it, though it was a very “un-fancy” approach in order to test the concept, and we had a lot of hope for its success.

Over the first year, we had about 40 members who we talked to about improvements , and we made updates and changes that we thought were necessary. But honestly, it wasn’t catching on as much as we’d hoped. It still needed a lot of work and a lot of improvement. We were having a hard time retaining members and, for those members who stuck with us, I wanted to do better by them. I just had so many idea about how to make this platform exceptional but was overwhelmed by the entire process.

But feeling overwhelmed was not really an option. We had to figure out how to improve our offering because this is what made us a business, not a blog. This was, to be clear, how we made money.

I was completely and totally overwhelmed about (1) how to make improvements on a very limited budget, (2) if what we were doing really was the correct path, (3) how I was going to figure this stuff out when I was battling my own issues with self confidence and abilities, and (4) how to make this a viable business.

If it had not been for my partner, both in life and business, Jim, I’m not sure that I would have continued on the path.

It was really, really difficult.

What did you do in that moment to get yourself on track and become more strategic in the way that you pursued your own goals?

First, I reminded myself why I was doing this. Both what I wanted this business to bring to my own life and how I wanted to help the lives of other creative people with a desire to be an entrepreneur. This was an important first step because I simultaneously made me feel excited for the possibilities and determined to continue my mission.

Next I worked on Acceptance. In particular, I learned to accept that things take time. This is an ongoing process since I’m a very impatient person but simply saying to myself “Things take time.” when I found myself getting anxious for progress, was so incredibly powerful.

After that, I worked with my partner to create a plan. We reviewed: What’s not working? What can we fix now? What can we fix later when we have more funds and people? for that last question we brain dumped every idea that was buzzing around our heads into a “Future Ideas” spreadsheet.

I also started using Asana and created really detailed steps for what I needed to do. These were action steps, that were easy to check off a list, not large goals that in themselves are overwhelming. This also helped with my acceptance/impatience because every time I check something off a list, I feel as though I was making real progress.

I will add that I was transparent with our group and constantly communicated what we were working to improve. And I think that was important becuase they were not nearly as critical about our platform as we were. They were learning from it and would express their excitement over the future improvements with positive energy, not impatience.

We now have almost 700 members. Ad yes, we still have members from that first year!

So, that’s my story.

To sum up, I think that feeling overwhelmed is often caused by lack or clarity and messed up priorities.

If you can work on those two things in your business, you’ll inevitably chip away the overwhelm. take some time for yourself to think calmly rather than reacting instantly.

I know that this format for my weekly musing was a little different than usual, but I’m hoping it was nice to hear a more specific take on handling the overwhelm associated with business!