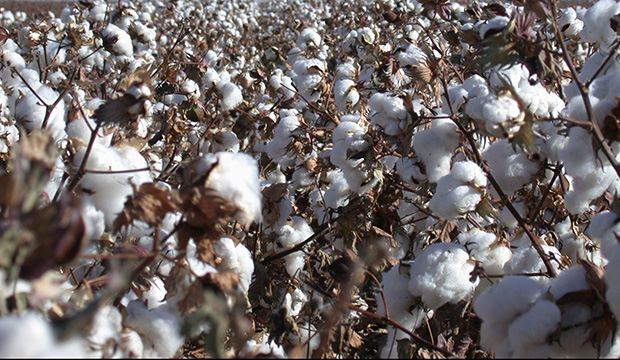 Cotton is a fashion industry staple; perhaps the most widely used material for garments. With so many designers and companies using the fiber, it comes as no surprise that it is one of the most difficult textiles to regulate. As of late, cotton’s impact has been a big one, both socially and environmentally. In this contemporary world of sustainable fashion, steps are being taken to find alternatives, however, coming to these solutions is a matter of trial and error and still a work in process.

One such example is Bt Cotton. “Bt” stands for bacillus thuringiensis, a bacterium used by organic farmers as a pesticide. Scientists have introduced it into cotton crops by genetically altering cottonseeds. While this can certainly be considered a triumph from a scientific standpoint, the pros and cons are still being weighed.

BT cotton is a pretty out-there concept, and the benefits are certainly interesting to consider. For starters, the bacterium Bt is much gentler than most pesticides, as it is poisonous only to a select few bugs. Since the seeds already genetically contain a pesticide, it largely reduces the need to do sprayings. This saves us a lot of resources, including water and fuel oil. There is also the fact that it eliminates waste, such as the disposal of insecticide containers. Additionally, without the costs and process of pesticide application, farmers are better able to manage their time and expenses. This is especially beneficial for smaller farming businesses.

However, there are those who are skeptical about Bt cotton. As mentioned, in order to grow it, the seeds must be genetically altered, which is a cause for alarm to some. It is difficult to pinpoint exactly what future consequences of altering natural seeds could be. For example, there is a gene contained in the plant that is resistant to certain antibiotics, and there are concerns that this could transfer to humans. There are claims overseas that Bt can be linked to crop failures as well as disease.

As with any scientific development, we must consider whether this will seamlessly integrate into the natural world or whether we’re playing with something of which we cannot know the real consequences.

What do you think of the debate? Would you use Bt cotton in your collection?