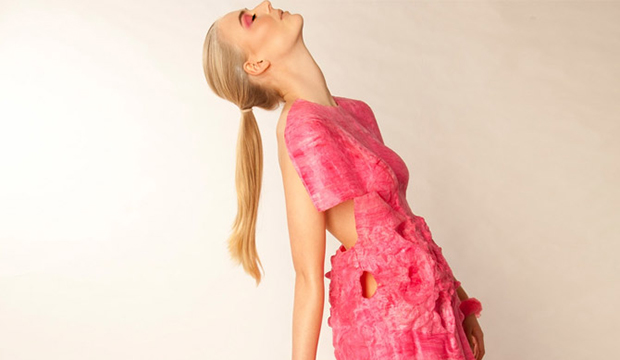 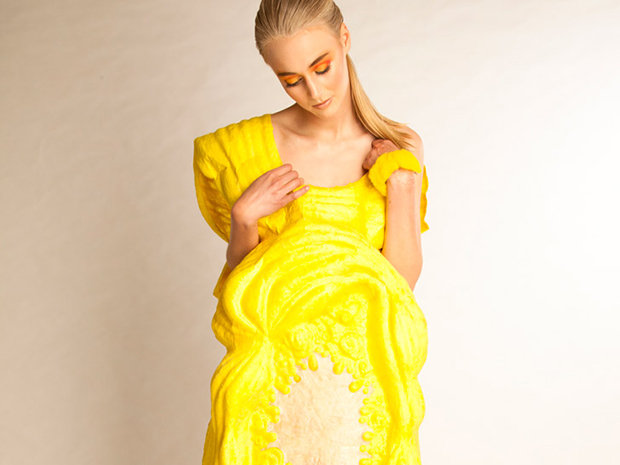 New Zealand designer Samantha Murray is a fashion magician; she can turn liquid into a dress! For her collection, titled Sweet Suspension, Murray eschewed all the typical components of garment construction to create a futuristic, whimsical line that could have come straight out of a child’s active imagination.

Rather than cutting and sewing fabrics like most, this designer makes clothing out of fruit-scented liquid.

Inspired by the spray-on fabric “Fabrican,” Murray sought to create her own version with a twist, combining form, function and fun.

After some experimentation, the designer was able to get the desired result by binding fiber to a liquid base, creating a mixture aptly named “Fiberform.” Garments are then created by pouring this mixture into a polystyrene mold (also created by Murray). The pieces are dried, removed from the mold and bonded together.

Unlike Fabrican, which takes the skintight form of whoever wears the garment, Fiberform can be molded and hold it’s shape independent of a body.

The design potential for this is vast, as the textiles and garments can be sculpted into a variety of “cuts” and shapes. Some of Murray’s experiments with this include a literal “backless” dress, three-dimensional trim, and unique fabric textures. 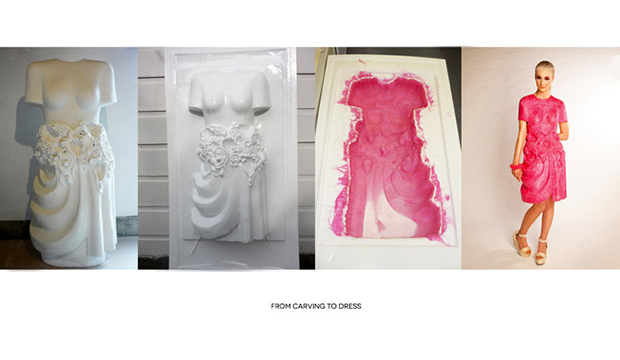 If liquid-based, oddly shaped garments weren’t quirky enough, Murray upped the collection’s weird factor by adding fruit scents to the liquid mixture and dyeing the fabrics in bright colors. Though a strange touch, it seems oddly appropriate considering the material.

As whimsical a concept as Fiberform is, it has plenty of merit in terms of eco-friendly fashion. The production process yields zero waste– no scraps leftover from cutting out a pattern. It also minimizes the amount of raw material that needs to be purchased in the first place. Fiberform’s production process is also much faster than cut and sew.

Learn How to Launch

Without Any PRior Experience

Register to Join the Free Class