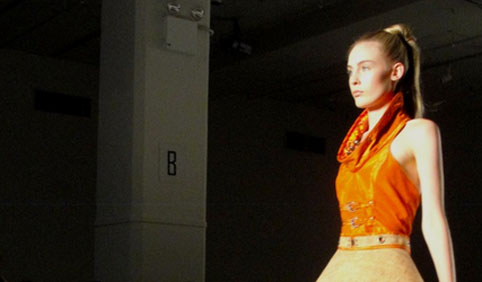 Jason Troisi held his fashion show, titled The Experiment, at Exit Art Gallery to debut his Spring 2012 collection a day before the official kick off of New York Fashion Week. 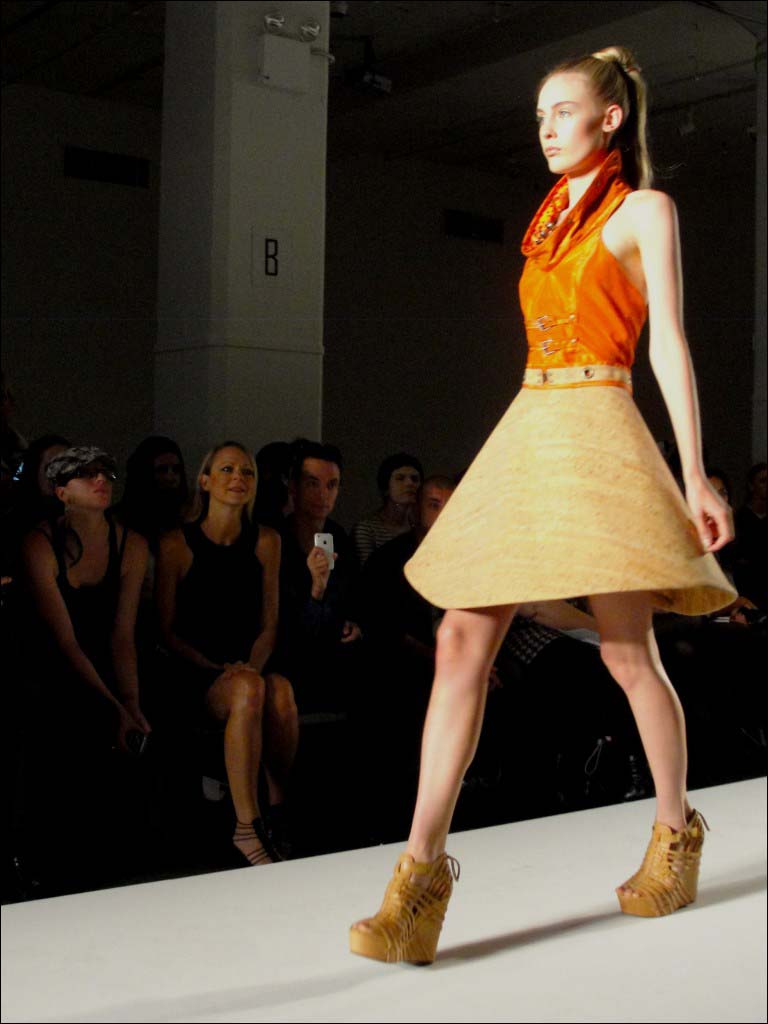 Troisi was a contestant on Lifetime TV show Project Runway during season 8. In the booklet given to each guest who attended the show, Troisi explained his dedication to The Experiment by stating, “For the last three years of my life, I have spent every single day sewing.”

The show was divided in three acts that had a mixture of menswear and womenswear.  The color palette had orange, brown, red, purple, beige, turquoise, and black. The textiles used included leather, suede, wool, and materials such as cork and rubber in some of the pieces.

Troisi took a walk on the wild side when it came to the silhouettes; one of the looks had a bell-shaped cork skirt that was paired with an orange top that had a round neckline and buckles in the front.

A turquoise trench coat was a standout and one of my favorite pieces from the collection. All looks were paired with platform wedges from DSW and worked perfectly with all the skirts and cropped pants shown for spring.

For menswear he used lots of leather on the clothes and paired some looks with an accessory that caught my eye- a fitted leather cap.

Overall, Troisi showed a cohesive collection in terms of craftsmanship and aesthetic. It will be exciting to follow the progression of this promising up-and-coming designer.