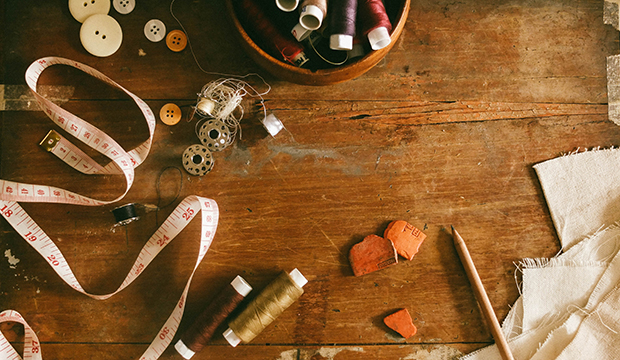 Dresses that are truly beautiful are never unfashionable.– Elsa Schiaparelli

Elsa Schiaparelli, Coco Chanel’s greatest rival, was known as one of the most popular fashion leaders between the two World Wars, creating out-of-this-world designs. It’s safe to say eccentric artists such as Lady Gaga would be wearing her designs today.

Schiaparelli’s story has many lessons to be learned. She is another fashion mastermind who decided that she was going to tell the world how to dress and not the other way around.  They say it’s easy to break the rules, when she didn’t know what the fashion rules were.

Italian born and globally bred, Schiaparelli was born and educated in Rome but after being forced into a convent for writing a very sensual poetry book, she fled to London.

After marrying in London, she relocated to New York City and worked for a small boutique selling French fashion.  Working at that boutique was the start to her style development. In the wake of her failed marriage, Schiaparelli was born.  She moved to Paris and started designing her own clothes.  By 1927, she had opened her own store.

Her designs were flamboyant. Her dresses and gowns were designed with feathers and fine embroidery.  She made knee-length capes that were often very lavish. Her designs were anything but simple looking and many times complicated to make.

Similar to Chanel, she used unusual fabrics in that time, such as Rayon. She added zippers to dresses, which means they didn’t need to be pulled over the head.  All these things were new for that generation and for this Elsa Schiaparelli became a fashion pioneer.

She remained totally distinct by teaming up with different designers.  One of her most famous collaborations was with Salvador Dali.  Schiaparelli was a woman before her time, participating in these collaborations before it was “cool.”  Which allowed her designs to not only be fashionable but also be considered as art for museumgoers and curators.

Her most successful pieces included:

Cocteau – Collaborated with Jean Cocteau to create two pieces. One of them was a jacket embroidered with a woman on one hand that stretched across the waist of the jack and the woman’s long blonde hair down the sleeve.

Collaborated with Salvador Dali to design the following most popular pieces:

Lobster Dress – An evening gown made out of white silk with a crimson waistband, Dali had painted a large lobster on the skirt.

Tears Dress – This blue evening gown featured a thigh-high veil with tears cut out and lined with magenta and pink. It was designed to appear like torn animal flesh.

Skeleton Dress – This dress featured trapunto quilting to create padding that resembled leg bones, a rib cage, and a spine.

Shoe Hat – The hat featured a high heel shoe as a hat, with the high heel raised to the ceiling and the toe over the woman’s forehead.

She is also known for introducing culottes, the wedge heel, and putting on runway shows as we know them today. She dressed some of the most famous women of her time including Greta Garbo, Daisy Fellowes, and Mae West.

One of the biggest lessons to learn from Schiaparelli is in her failure.

Her stores closed post World War II because she could not keep up with the changing fashions. Some say since she focused more on inspiration rather than craftsmanship, her designs were easily copied and many women walked around parading Schiaparelli designs not even knowing her name.

In fashion both inspiration and craftsmanship come into play, in order to not be like everyone else you have to master both of these to create your own products.

There is also speculation that her association with the Germans (many thought she was a German spy) during the time of WWII led to her demise. The gossip and negative attention received from that connection lead to her to create uninspired, lack-luster designs. Forcing her to close her shop in 1954.

She was also very well known for her 12 Commandments of Women, listed below:

Elsa Schiaparelli did not get as much recognition as she deserved.  But as aspiring fashion business owners, you can use her story as an inspiration.

Be creative and different. Find ways create things that people want but with your won spin.

Schiaparelli played with all types of hues, textures, fabrics, shapes, and wasn’t afraid to use anything new. She was making clothes she would want to wear and through that passion came success. She brought the sense that you can make anything into fashion and this is a lesson all designers should carry with them.