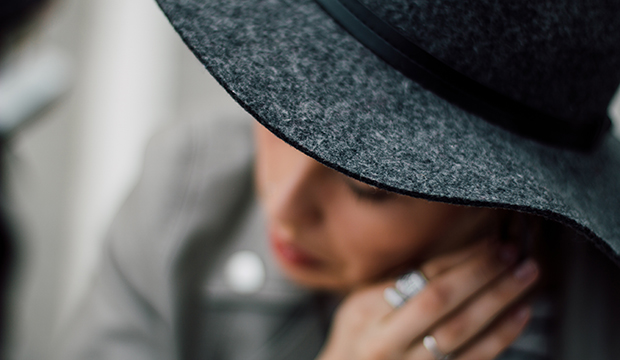 Sometimes I complain. It’s such an unattractive quality, don’t you think? Whining. Who wants to be around a whiner? I certainly don’t. Yet that doesn’t stop me when things in business don’t seem to be going my way.

It’s interesting because I don’t think of myself as a complainer about life. Shit happens and I deal with it.  But for some reason, with the business, it’s different. Sometimes I fall prey to self-pity and decide to be a bit vocal about it.

The thing is, it’s easy to complain when you’re doing something that’s really difficult. You know, like building a business. There is so much opportunity for us to complain about what’s going wrong and we often don’t focus too much on what’s going right.

How did this event go? I didn’t make as many sales as I wanted.

How is the website coming? It’s not really what I envisioned.

How did that editor interview go? I have no idea if they’ll ever publish it.

It’s easy to zero in on what’s not working and what’s going wrong, because it consumes us. We are working so hard to build something that makes money (because otherwise we won’t be able to continue doing it), that anything that isn’t “perfect” stresses us out.

What’s interesting is that I’ve noticed that it’s not just the pessimists. I like to consider myself an optimist. Yet somehow I still find myself fixated on all the things that need to be fixed and adjusted and improved…

This week that stopped. Well, sort of.  Let me say, this week I’m working on stopping that.

It’s rather cliche to mention that others have it worse than us. But I don’t care. Something happened in my life this week that really demonstrated just how fortunate I am to have all that I have and that my complaint about not hitting targets this month or things moving too slowly or whatever, is just completely and totally ridiculous.

I’m not saying that our problems aren’t important or relevant, I’m just saying that sometimes we have to put things into a little perspective, you know?

When we’re working as hard as we are, it’s easy to slip into a mindset of “not good enough”. I think it’s important for us all to be aware of this when it happens and have a plan for getting yourself out of it.

For me, it’s thinking about all that I do have and all that has gone right.

Try not to wallow in the negative, try to bask in the positive.

All my love and encouragement,