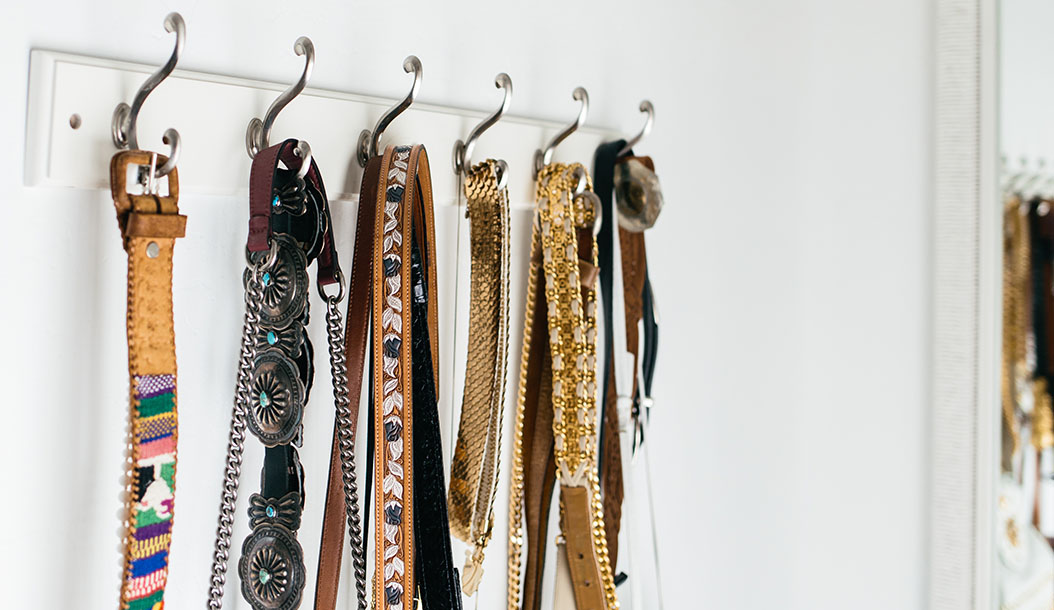 Bold belts have become quite the trend this season. It seems everyone from Alexander McQueen to Burberry has been sending models down the runway sporting a cinched waist. Of course, while different belt styles can be passing fads, the belt itself is a necessary staple just about every person has in their closet. Whether it’s a statement accessory to nip in the waist or a purely functional piece to hold up your pants, there is a belt for everyone.

These very specific utilitarian needs have been around for ages- which means the belt itself has also been around for quite awhile. In fact, the very first versions of belts had no aesthetic purpose whatsoever. These can be traced back to the prehistoric period of the Bronze Age. At this time, pockets weren’t exactly a widespread phenomena. However, people still needed to be able to carry their belongings around with them, and sometimes a bag was not necessarily the most practical option.

The very first belts were created to carry tools. That’s right- a tool belt was the predecessor to Alexander McQueen’s couture corset version. These tool belts were made of an unexpected material. Rather than leather, these belts were crafted from softened tree bark. While this may seem strange, this material behaved much like leather; hardy and pliable.

Other belts soon followed, typically made of large cuts of fabric. These were used either as part of a garment or to shield the wearer from bad weather.

Other Pre-Roman civilizations also had their own versions of belts. Monks, for example, often wore a sackcloth that was attached to their waist with a cord or rope. A similar belt worn by Catholic priests is characterized by three Franciscan knots. These knots hold deep symbolism, they represent vows of chastity, poverty, and obedience.

Soldiers also sported belts for utility. They were used to hold weapons such as swords or daggers, and also denoted rank.

Belts in the Roman Empire

During the Roman Empire, gladiators had their own specially crafted style of belt- two, in fact. Much like soldiers in previous eras, they needed to carry their weapons, but still keep their hands free to wield them as they pleased. The first belt, called a cingulum, was fastened around the waist and held a dagger. This belt had several leather strips embellished with studs hanging down over the front for decoration.

A second belt called a balteus wrapped over the shoulder and contained a short sword. Belts weren’t only limited to soldiers and gladiators during this period. In addition, emperors also wore them (albeit, more glamorous versions.) An emperor typically wore a toga, which was fastened shut with a gold bolt of fabric tied around the waist.

A Symbol of Social Status

In the Medieval period, people of all walks of life began to wear belts, but the style depended very much on who they were. Belts of the upper and lower classes differed significantly.

The wealthy, specifically women, would wear elaborately decorated metal or leather belts. The look resembled a kind of chain that fell loosely at the waist, with an excess piece hanging down. Knights also wore a similar style when in clothing rather than suited up in armor. Those from the lower classes sported simple leather belts crafted with pouches to hold their effects such as coins.

A Staple Accessory for Women

During the Renaissance, the belt came into it’s own as a women’s fashion accessory. Bodices and corsets were becoming less common. Instead, many were replaced with tunics cut from lighter, softer, and easier materials that were cinched in with a belt. This new way of creating the illusion of a tiny waist was much more comfortable for women (and likely better for their health.)

Once belts had become a more mainstream accessory for women, belt designs became “softer” and more feminine. Such belts were often made from elegant fabrics and decorated with embellishments. This way of wearing belts continued for the next few centuries. For instance, in the 1850’s, many women wore dresses with sashes cut from matching fabrics tied around their waists.

Belts went out of style in women’s fashion for a brief period in the 1920’s- the flapper style favored a dropped waist, no belt required. The belt made a return by the 1930’s however, and as fashion trends began to change more rapidly, so did belt styles.

In the 1950’s for example, thin, simple belts were all the rage as Christian Dior’s new look called for a nipped-in waist. Chain belts draped loosely around the waist were a hallmark of 1970’s fashion. Low-rise hip-hugger jeans of the late 90’s and early 2000’s were frequently paired with statement belts. While belt styles may change with the trends, this is a staple accessory that will always be around.