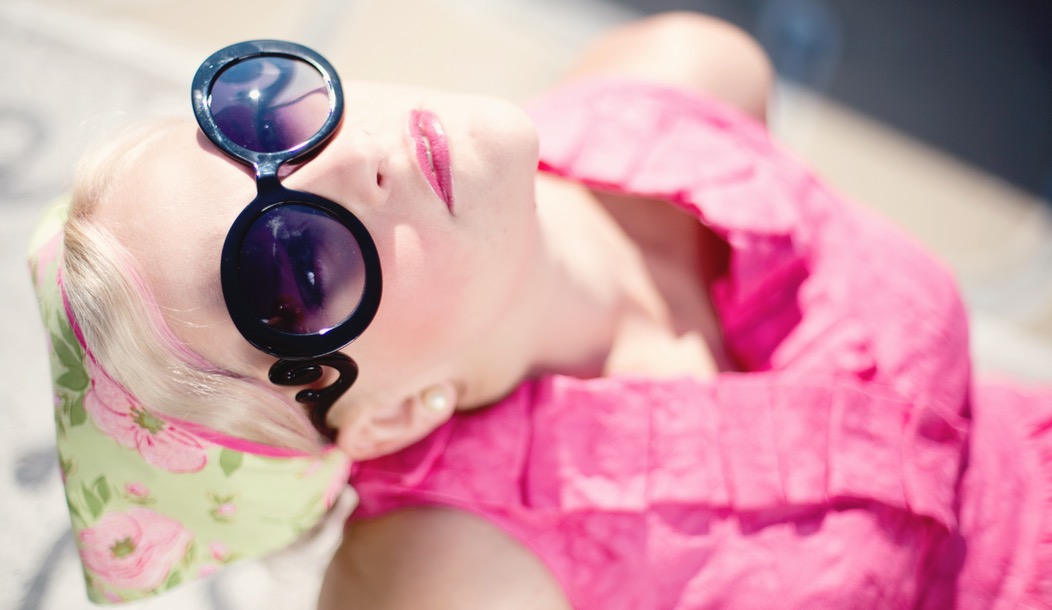 Sunglasses are a unique accessory- although they are a highly functional and necessary part of everyone’s wardrobe, they still somehow manage to exude an air of rebellion. Not only do shades protect one’s eyes from the harsh glare of the sun, they have the added bonus of the ability to make just about anyone look cool. In fact, sun protection was not the initial reason for the invention of tinted glasses. Rather, it was their ability to exude an air of “cool”- though initially, not in the rebellious sense.

The very first version of sun protection for eyes was created by the Inuit people- slices of walrus ivory cut with thin slits to keep out the rays. However, glasses featuring dark-colored lenses first came about in 12th century China. Their purpose was not to protect the eyes, but rather, to hide them.

Chinese judges of this time period needed to appear “cool,”calm and collected, keeping a poker face of sorts while hearing cases. They began wearing dark glasses in court to shield their eyes and keep their expressions hidden. These accessories were cut from flat panes of smoky quartz. During trials, their eyewear helped them to appear impartial at all times.

These, along with the Inuit ivory glasses were likely effective, but difficult to see through.

“A Blessing to the Aged”

Italy, and later England adopted the idea of tinted lenses from China in the 15th century, and there, it was discovered that these glasses could also be used to improve people’s vision.

An English optician by the name of James Ayscough got the hang of it by the 18th century, using blue and green tints to filter out very bright or blue light as well as increase contrast. Ayscough’s invention made it slightly easier to see, particularly for elderly people, and they were touted as “a blessing to the aged.”

By the 19th century, sun glass technology had improved to the point that it offered much better protection from the light.

Early tinted glasses had a myriad of other benefits relating to vision improvement. One notable use was as an accessory for those who suffered from syphilis.  Incidentally, there were two telling symptoms of the disease prior to modern medicine. The first was light sensitivity, and the second was one’s nose rotting off. To “fix” this, a pair of round dark glasses featuring a metal nose covering was invented and worn to mask these ailments. These glasses were reminiscent of a Halloween disguise, and as you might guess, were not considered to be very cool.

By the 1900’s, tinted glasses had shed their puritanical associations with STDs and sin, taking on a much more glamorous reputation.

At the start of the century, they were a favorite accessory among movie stars. For actresses, they served two practical purposes. First, glasses helped celebrities disguise themselves from fans. Additionally, the lights used back then on film sets and in cameras were extremely powerful and harsh- flashbulbs even contained magnesium. Paparazzi flash was literally blinding, and often caused actresses to frequently suffer from red, watery eyes. To avoid being photographed or having to greet fans in this state, dark glasses were essential. Tinted lenses helped to alleviate and hide the symptoms.

While these glasses were initially worn for practical purposes, the fact that they were worn by glamorous actresses gave them a celebrity appeal. At the end of the 1920’s, sunglasses became a full-blown fashion accessory.

Sam Foster created the first iteration of mass-produced sunglasses as we know them today: chic, and with the purpose of protecting one’s eyes from the sun’s harsh rays. Foster’s creation had humble beginnings; he started out selling them on the beach in Atlantic City. They were an instant hit- women could protect their eyes while simultaneously emulating actress Gloria Swanson.

More specialized versions of sunglasses quickly followed. In 1936, Edward H. Land, one of the founders of Polaroid, invented polarized glasses. Ray-Ban created the classic aviators, which gained infamy after being used by pilots who wore them during wartime in the 1940’s. This more masculine version allowed sunglasses to cross over into menswear.

Designers began experimenting with more unique and fashionable frame shapes. For example, 1950’s eyewear is characterized by the distinct cat-eye shape that was popularized by Marilyn Monroe. It was also during this time that Ray-Ban put out it’s classic Wayfarers, a style that is still trendy, even today.

In the 1960’s, everyone emulated Jackie Kennedy’s style, which included round, over-sized “Jackie O” glasses. In the late 60’s and 70’s round frames took over, popularized by John Lennon and other musicians.

Today eyewear trends change rapidly. While the early 2000’s were defined by Paris Hilton’s over-sized sunnies, these days it seems there is a new look for sunglasses every season.